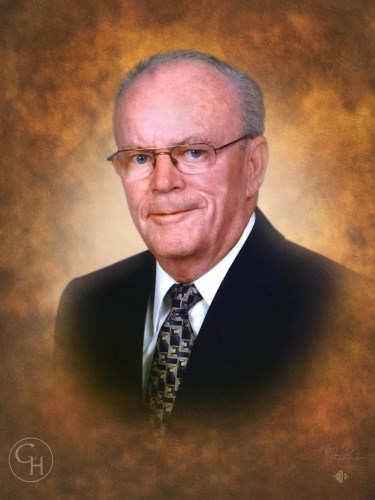 Bill was born on July 2, 1935 to Julia (Clear) Cashin and John Cashin. A true “West-Sider,” Bill was raised and resided on Winter Street his entire life, having owned and moved three times on the same block. He and his wife, Esther J. (Trask) Cashin finally settled at 151 Winter Street where they enjoyed hosting their sons’ families for holidays and pool parties for many years.

Bill began his career in the shoe manufacturing industry in the mid-1950s rising to the position of pattern maker which required a steady hand and an eye for style and detail. Fortunately, he truly understood and often mentioned that “all politics is local” and networked well with ward-level city officials. This trait served him well as he realized the demise of the shoe shops of Manchester.

Soon after a brief transition period Bill joined the management team at Catholic Medical Center, initially as a department head and ultimately achieving his position of Vice President of Nonclinical Services. Bill spent over 20 years at CMC developing a loyal, dedicated team that appreciated his candor and unwavering support. His team oversaw major renovations including the replacement of the Saint Marie building and merger with the Sacred Heart Hospital. Again, Bill kept a keen eye on city, state and national Democratic politics supporting and campaigning for candidates he believed in.

His circle of friends and supporters encouraged him to further his interest in representing them with a run for a seat on the board of Mayor and Alderman. In 1970 Bill was elected to his first term and for the next 32 years never lost an election, earning him the nickname – The Dean. He loved being an alderman and advocating for the people he represented. He worked tirelessly on causes that mattered to him including education, senior housing, and sensitive urban redevelopment. Along the way, Bill became an influential member of the Board of Directors at CMC, NH Housing Finance Authority and MCTV. His work on behalf of Manchester’s senior citizens was recognized in 2004 with the dedication of the William B. Cashin Senior Activity Center.

Bill enjoyed 57 years of marriage to his wife Esther Jane (Trask) Cashin who predeceased him on May 11, 2019. He was also predeceased by younger brother Edward R. Cashin and twin brother James A. Cashin. He is survived by older brother John F. Cashin.

The family wishes to thank Suzanne M. Cashin for her care and guidance with both Bill and Esther as well as caregivers Helen Alexander and William Burpee.

Services: A walk-through wake with social distancing and masks will be held Friday, April 30, 2021, from 4 to 7 p.m. at Connor-Healy Funeral Home and Cremation Center, 537 Union Street, Manchester, NH.

The funeral will be held Saturday, May 1, 2021, with a Mass of Christian burial to be celebrated at 10 a.m. in Saint Raphael Church, 103 Walker Street, Manchester, NH. The church as planned social distancing procedures.

In lieu of flowers, memorial donations may be made to the William B. Cashin Senior Activity Center, 151 Douglas Street, Manchester, NH 03102.