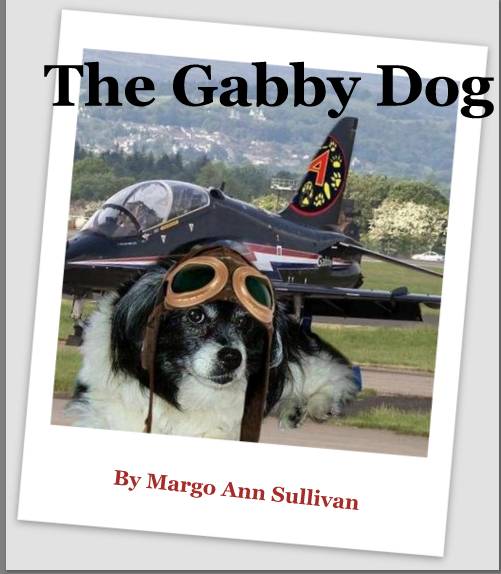 Asia, the immortal tabby, spent the predawn hours organizing his mum’s computer calendar. He used to stay out and hunt all night, but once the pandemic started, he observed the curfew.

“Inconvenient but necessary,” Charlie, the black cat, agreed. After all, the meese could probably carry the Coronavirus. Asia would never forgive himself if Gabby came down with COVID-19. Let the varmints live, he decided. Better to spend his energy on survival tactics.

Now that Thanksgiving rolled around, Asia counted that decision —and the summer growing season — among their blessings. They would feast on cherry tomatoes grown in their own garden.

It hadn’t been an easy sell, though. The Peke-a-poo diva stamped her little paw down at first.

“A victory garden?” Gabby had said when she saw the plans in the spring. “How World War II, of you.”

Twila, the mackerel tabby, disagreed and pressed her little paw into Gabby’s shoulder.  “No, Gabby,” she said. “Victory Gardens started during World War I. They also flourished in World War II and came back in vogue this spring. In some places, they’ve never fallen out of favor. You’ve heard of community gardens?”

“Ahem, I have some statistics,” Nickel, the orange girl, said.

“Of course, you do,” Asia groused. He appreciated the little sisters’ support, but really, the victory garden supervision belonged to him and Charlie. It was men’s work. Besides, Charlie had a green thumb and a way of persuading farmers to fork over some seeds.

“I still see a problem. “ Gabby said. “Our mum is—,“ she hesitated. Gabby didn’t want to say mum was too old to grow a few vegetables. But digging, watering, weeding seemed beyond her.

“Container garden on the deck,” Charlie said. “Zero digging and no weeding. She will need to spill some water on the plants, though. I’ve redirected the hose, so it’s no problem.”

“I have traded away one rhododendron cutting for a small tray of tomato plants,” Charlie said. “Lot of people grow potatoes in their victory gardens, but tomatoes are much easier. Fellow at the Farmers Market swapped with me. I hope no one minds. They’re just grape tomatoes, but they should taste sweet.”

“Show me,” Asia said. He lept off the desk and scooted out to the deck. Gabby, Nickel and Twila tagged along.

“They look like cherry tomatoes to me,” Nickel said.

“Cherry, schmerry,” Asia said. “Point is, they’re easy. Mum just dumps the tray in the container garden, and we wait for the harvest” . . .

“And we waited,” Gabby said, the week before Thanksgiving, as they remembered the gloriously sunny but very sad summer. “And we waited some more.” She lit the fire and handed everyone a cup of eggnog.

“Is this vanilla from Market Basket?” Asia said. He disliked any other kind.

“Your favorite,” the Peke-a-poo replied and topped off his cup. “Isn’t it nice to gather around the hearth and be thankful for all our blessings?” she said.

“For our blessings, yes, and for the tomatoes, even though I can count the crop on two paws,” Asia said.

Their mum did not have a green thumb, Gabby allowed. Nothing’s supposed to be easier to grow than tomatoes. But when these tomatoes acted like slug-a-beds, she didn’t have an answer. Asia tried loading some gardening tips on her computer.

“Maybe, she didn’t realize she needed to prune them back,” Gabby said. “They were growing for sure.”

“They reminded me of Jack in the Beanstalk,” Nickel said, “except they were supposed to be tomatoes. And I won’t mention the one that ended up buried upside down. I don’t think she planted it that way on purpose. Maybe, it happened when the flats blew over,” she said. “Goner.”

“We did lose one,” Asia said. “Then we had to figure out how to tie up the two survivors when she couldn’t hammer any stakes in the ground.”

“Why couldn’t mum just plant a stake in the container?” Twila said.

“Dunno,” Asia said. “I believe the pot wasn’t deep enough. Anyway, Charlie took a look and saw the old cupholder hooks once used to hang baskets of flowers on the deck.”

“Yes,” Charlie said. “I moved the container garden under the hooks. Then I wound some plant wire around the stems and tied them on the hooks. Problem solved.”

“But still no tomatoes,” Twila said. “And it was almost October.”

“We grew the latest tomatoes in Newport,” Gabby said. “Everybody else’s tomatoes had already come and gone. Even I wondered, had the time come to give up and throw the plant in the composting?”

“Then we saw the little star-shaped blossoms,” Nickel said, “followed by the tiniest green tomatoes.”

Asia estimated they watched the plants another four or five weeks before the tomatoes turned red.

“We picked five, ate four with pasta, and they were delicious,” Charlie said. “We still have one left for Thanksgiving.”

“It was on the counter,” Charlie said. “Last I noticed, it was right there where the new cat was playing.”

“The new cat,” Asia groaned. “Dime.” (How she joined Gabby and the clowder is a whole other story.)

“I see her paw prints all over the counter,” Asia said.

“Please don’t blame her,” Nickel said. “Dime didn’t know we were saving the tomato for Thanksgiving. She thought it was a toy. We shouldn’t have left it on the counter.”

“She thought it was a soccer ball,” Twila said. “So we have no tomatoes for our Thanksgiving feast. We can’t eat that one after she kicked it all over the house.”

“No, we still have three,” Asia said. “We picked five bright red ones but left three green ones still growing. When the temperature was going to drop below freezing, I picked the green ones to ripen in a paper bag on the kitchen counter.”

“Did that trick work?” Gabby said.

“Sure did. I checked, and they’re nice and red now,” Asia said. “We will have the last tomatoes for Thanksgiving after all.”

“All three of them?” Twila said.

“It was a learning experience,” Gabby said. “Mum will know all the farming tricks for next year. And we appreciated our backyard this summer in a way we never did before. It was nice to hear the birds, watch the tomatoes grow and do something creative during this terrible year. Mum even seemed happy about mowing the lawn. I’ll never take the backyard for granted again.”