MANCHESTER, NH – Chief Allen Aldenberg detailed some of the concerns that led to an Amber Alert that was issued by police on June 22 after a mother and her 4-year-old son were reported missing.

According to Aldenberg, Manchester police received a call around 2:20 p.m. from someone concerned about a woman and child who had left the area together, identified as Alis Marie Roman-Salgado, 26, and her son, Armani Neptali Molina, 4.

As the investigation proceeded it was determined that the woman and child may possibly be in danger according to Aldenberg, which “raised their concerns.” The FBI was notified and joined the investigation, and an Amber Alert was issued at about 5:30 p.m.

It was because of the Amber Alert, which was automatically broadcast across wifi phone systems in the area, that a citizen saw the car described in the alert and notified police. Manchester Police who had officers in the area responded and immediately located the mother and child unharmed.

“The system worked. Everybody got that Amber Alert on their phone like I did, it starts beeping uncontrollably until you address it and look at it. The person who called in did just that and happened to be in the area where she saw the vehicle and immediately called the police department. That’s a credit to the community and people paying attention and that’s the time and age we live in where social media can be our friend.”

Detectives are still investigating and Aldenberg said it is too early to say if there would be any charges filed. 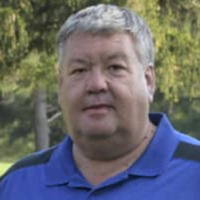