CONCORD, NH – The New Hampshire Department of Education on Tuesday released its statewide student enrollment numbers for the fall of 2022.

“For the past two decades, student enrollment in New Hampshire has experienced a steady decline. While the pandemic accelerated declines in the fall of 2020 with a 5% drop, there was a slight uptick of enrollment in 2021 reflecting a COVID rebound, followed by a more typical decrease of 1.1% in 2022. Other factors such as lower birth rates and an aging population have all impacted student enrollment throughout the past 20 years,” said Frank Edelblut, commissioner of education. “It is important for school leaders to understand how declining enrollment numbers may be impacting their districts and how to plan accordingly for the future.”

While it is challenging to pinpoint the exact reasons for the declining enrollment, it is clear that New Hampshire’s birth rate, currently the second lowest in the country at 8.8 per 1,000 population, is a contributing factor. Other New England states, including Vermont, Maine, Connecticut, Rhode Island and Massachusetts, are among the top six states with the lowest birth rates in the nation. Furthermore, New Hampshire’s fastest growing age group is 55 and older, which represents 34 percent of the state’s population, according to Census data.

New Hampshire is not alone, as states throughout the nation have been experiencing declines in student enrollment even prior to the pandemic.

Since 2002, student enrollment in New Hampshire public schools has dipped steadily from 207,684 students, which reflects a loss of nearly 46,000 students. The first increase, which occurred in the 2021-2022 school year when enrollment went from 163,288 the year prior to 163,600, was the result of students returning to school after the larger than normal decline from COVID. This current school year has once again experienced a small drop in enrollment numbers.

With enrollment data now updated, Manchester continues to be the largest school district with 12,016 students, followed by Nashua with 9,915 students, Bedford with 4,159 students, Londonderry with 4,093 students and Concord with 4,025 students.

On Tuesday, the New Hampshire Department of Education also published its fiscal year 2024 adequate education grant estimates, which will assist school districts with their upcoming budget plans. These new estimates are calculated using enrollment counts submitted to NHED for the current school year.

The total estimates for adequacy aid, including the Statewide Education Property Tax, is estimated at $962,426,109. This is approximately $8.6 million less than last year’s figure. 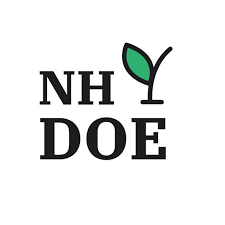