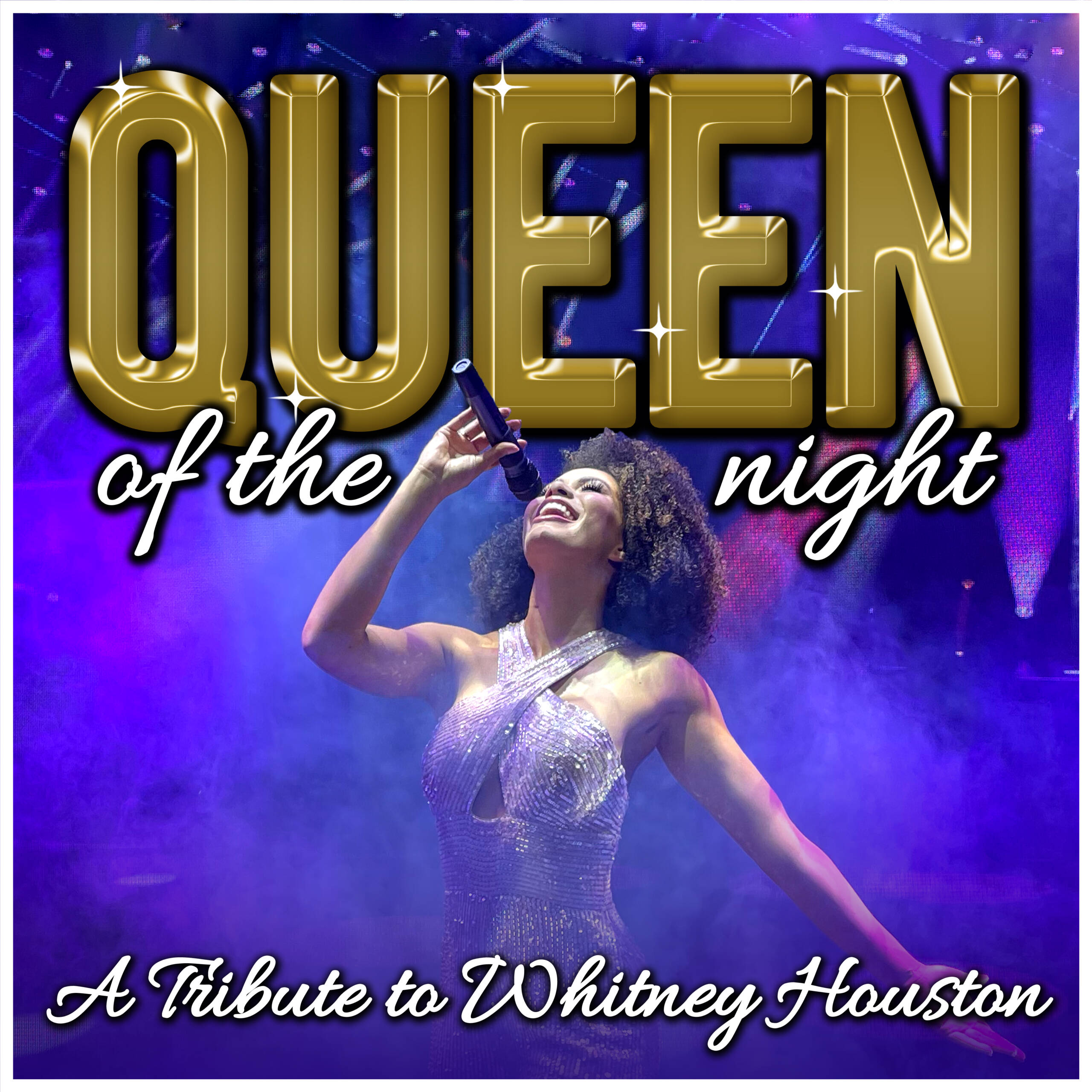 MANCHESTER, NH – The music of Whitney Houston is the centerpiece of “Queen of the Night,” which debuts at The Palace Threatre Sept. 10, kicking off the St. Mary’s Bank 2021-2022 Performing Arts series.

This special tribute to Houston will feel like an awards show, packed with hit after hit including her seven consecutive No.1 Billboard Hot 100 hits. She was the first female artist to enter the Billboard 200 album chart at No. 1.

A solo artist with eight consecutive multi-platinum albums including the movie soundtrack for “The Bodyguard,” Houston’s career was meteoric and inspirational, and her legion of fans was loyal to the end – Houston died in Feb. of 2012.

The Palace Artistic Team, including Artistic Director Carl Rajotte, has created a night to celebrate the music of Houston, a six-time Grammy Award-winning artist. This show will be glamorous, upbeat, and is sure to get you on your feet.

Queen of the Night brings a new style of show to the Palace stage to celebrate the one and only Whitney Houston. There are several shows to choose from between September 10-26. Tickets are available online at palacetheatre.org or by calling the box office at 603-668-5588.