STAND UP. SPEAK UP. IT’S YOUR TURN

I served on the Board of Mayor and Aldermen from 1970 to 2002. In those years, Manchester made a painful but necessary transition from the economy of the past to a modern business environment. Painful, as the textile mills and shoe shops as old as Manchester itself disappeared; necessary, as without the economic evolution that occurred over those years, Manchester would not have become a city recognized as one of the top 10 places to live in America at the dawn of the new millennium.

Manchester’s renaissance was made possible by the combined efforts of the community in which we all worked towards the same goal, saving Manchester so it could flourish. The 21st century brought new challenges to the Queen City, but unfortunately under Mayor Ted Gatsas, our municipal government’s ability to find long-term solutions to many problems has not been as successful as before. What is needed in 2015 is the leadership to guide Manchester into a future economy based on technologies little known or non-existent when I first was elected to the Board.

A parish priest once told me Plato said politics is the natural state of Man, that Man is a political animal. I understood him as saying people define themselves in their service to others. It is the right of citizens to enter the political process to promote their individual interests, and it is no sin if that interest, if enacted into law, promotes the good of all. A well-functioning political process is essential to a healthy democracy, and a healthy democracy is focused on promoting the public good. But compromise is the heart of democracy. Under Mayor Gatsas, compromise has become harder to achieve.

Our Founding Fathers knew democracy had to be based on something greater than advancing the fortunes of single individuals or small groups; it must achieve the best possible expression of the public good. Recognizing that democracy succeeds best when compromise between the competing interests that enter the political arena is achieved, they created a system of checks and balances within government itself. Unfortunately for Manchester, the Charter Commission of 1998 implemented changes that upset the relationship between the Board of Mayor and Aldermen and the Office of the Mayor. Moving responsibility for the appointment of department heads to the Office of Mayor gave it too much power, undermining the delicate balance between aldermen and mayor that promoted compromise and good government.

It saddens me to see the decay of democracy over the past decade due to the shift of power from the Board to the Office of the Mayor. The previous system of checks and balances served Manchester well in the time I was an alderman. The City’s successful transition into a modern economy was achieved at a time when there was a proper balance of powers between the Board and the Mayor. It was a system that fostered compromise, the key to a democracy based on promoting the public good.

Under Mayor Robert Baines, this shift in power did not create problems as he maintained a balanced approach to governing. Ted Gatsas, however, consolidated power. The resulting imbalance in the relationship between the Board and the Office of the Mayor has hobbled the City’s ability to solve problems, particularly when Gatsas “takes charge” of the situation. The power shift, combined with Gatsas’ own imperial personality, has led to a situation where he seems more focused on advancing his own interests and special interests than on promoting the general welfare.

Elections are the time when we, the people, step back and evaluate whether the greater good is being achieved. The citizens of Manchester ultimately are the craftsman and guardian of the common good of our community. We are both the servants of the political process and its masters, and it is we, through our vote, who will pass on our legacy to the future. It is vital for voters to remember the lessons of the past when taking on the vital role of gatekeeper of our community’s future.

Thirty-two years on the Board of Mayor and Aldermen taught me that a balanced approach to governance rooted in compromise is the key to good government. I support Joyce Craig as her commitment to working out solutions with other Board members shows she will take the proper approach towards leading the Queen City if elected mayor. At this critical time in Manchester’s history, the past shows us that Craig’s style will ensure the success of the next evolution of our community. 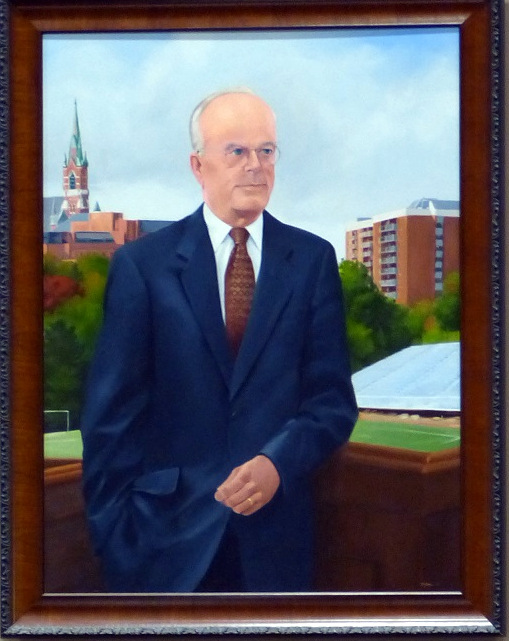 William B. Cashin was elected a record 16 times to the Board of Mayor and Aldermen, serving under seven mayors. Currently, he serves on the Manchester Housing Commission and is the chairman of the Manchester Public Television Inc. He is co-chair of the Joyce Craig for Mayor campaign. (Photo of Cashin’s portrait hanging inside the Aldermanic Chambers).