MANCHESTER, NH – Recently, the Manchester Police Department has made several posts on their Facebook page about credit card skimmers being found. Thus far, skimmers have found one at 7-Eleven and one at Wal-Mart. My interest in this case was piqued; I have had unusual transactions appear on a card, leading to its replacement. I was unable to obtain refunds from these transactions, leading to a loss of somewhere around 200 dollars.

Manchester PD Public Information Officer Heather Hamel said that one of the city’s fraud detectives has not seen skimmers in a few years, only to have three appear in one week at the end of March. Local merchants are asked to check their machines at least once a day; consumers are asked to be vigilant with their purchases. Credit card transactions are more secure than debit card transactions, as no PIN number is involved.

“Surveillance footage at Wal-Mart show the guy sticking the device on very quickly while making his purchase,” Hamel said. “They can be on card readers with double-sided tape.”

On Thursday, March 31, I went looking about town to see if I could find any skimmers myself. I conducted a survey of 10 businesses to determine whether any other skimmers were present. Though a variety of businesses in a variety of locations were visited, no skimmers were found. However, the information I gathered should be considered a point-in-time survey. Criminals could come back at a later date to any location and place a skimmer on a device, leading to theft of credit card numbers and/or PINs. It’s also possible there are other different kinds devices besides those commonly found online of which I am not aware and wouldn’t know to look for.

For the present, consumers in Manchester are advised to take caution when they use cards of any kind, regardless of the location.

A credit card skimmer is an overlay device placed on top of a credit card reader at a local business, such as a grocery or convenience store. The website atmskimmer.net advertises “Credit Card Skimmers For Sale of All Kinds,” and that such devices are “Russian Built or Russian Programmed.” The website also contains grammatical oddities and a typo, indicating that it may be a scam itself.

Skimmers on this website are listed at $930 dollars for an offline version, and $1,200 dollars for an online version. No web store or cart is present; all orders are placed by contacting a given email address. It’s not clear how many orders the website process, if any, or whether the products on offer actually work- or even if such products are delivered at all.

Forbes suggests identifying a skimmer by doing the following:

Gas pumps should have a security tape or sticker over the cabinet panel. If the tape looks ripped or broken, avoid using the card reader because a thief may have tampered with it. Try looking inside the card reader to see if anything is already inserted—if there is, it may be a thin plastic circuit board that can steal card information.

A physical inspection of a card reader and keypad can often reveal fraudulent devices. Feel around the reader and try to wiggle it to see if it can easily come out of place. The FTC has a photo example of a card skimming device on their website.

Authentic card readers are robustly manufactured, meaning if any part of the card reader can easily move around, then it’s probably been installed illegally by a thief. If the buttons on an ATM’s keypad are too hard to push, don’t use that ATM and try another one.” 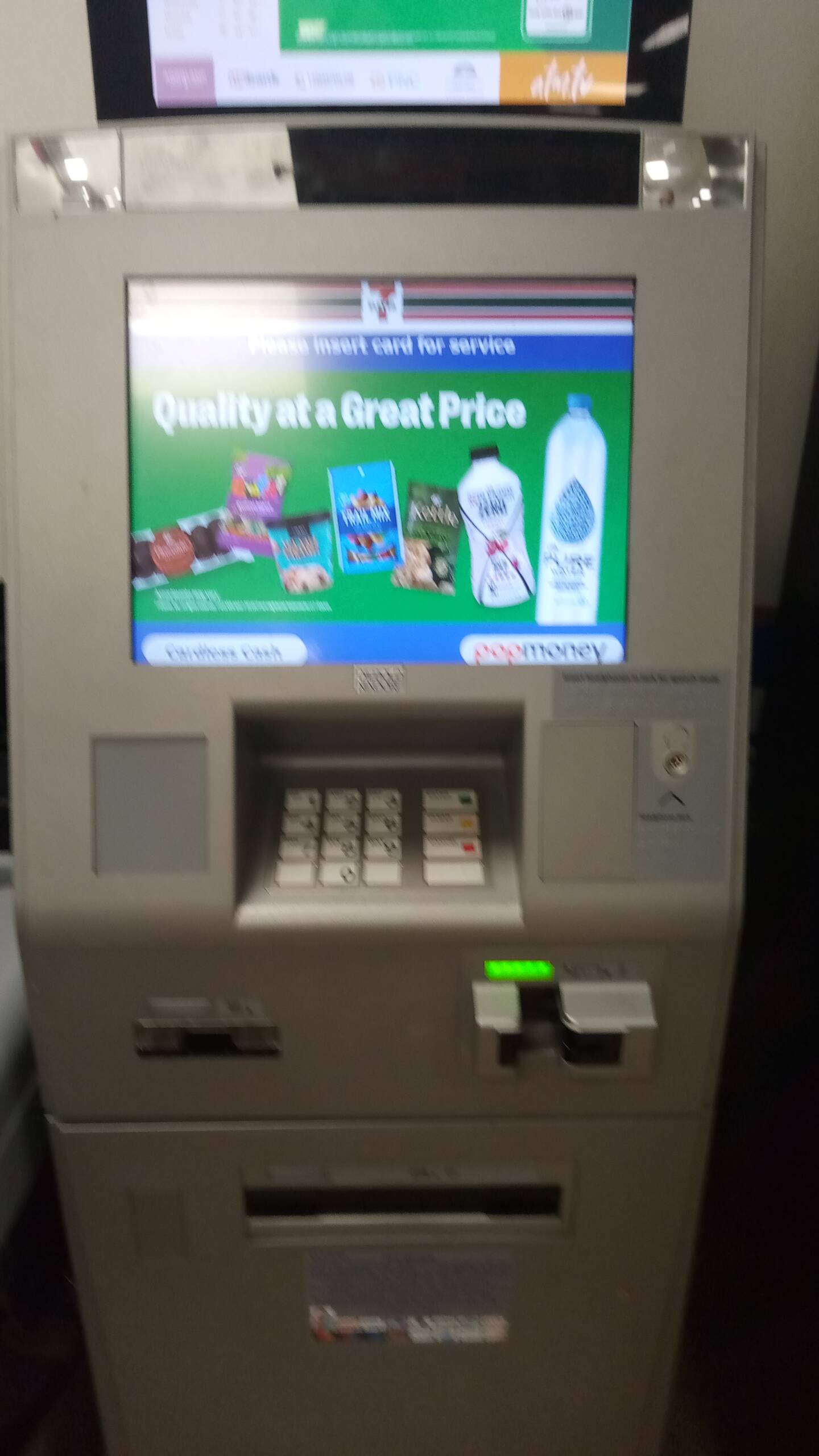 I visited the following locations in Manchester:

Of these locations, Joseph Brothers Market, though appearing the most antiquated on the outside, was nevertheless the most secure business for card transactions. The card reader was inaccessible to the general public; only the employee working the register had access to the reader, which itself was not a standard Verifone machine seen at many convenience stores.

Savers had a set of relatively new (since the last time I visited) self-checkout machines, overseen by only one employee. While I completed my purchase of a yoga mat, the employee was distracted helping another customer figure out how to use the machine. During this time, I could have easily installed a skimmer without anyone noticing.

Gamestop was nearly empty when I visited, as it often is. Two employees behind the register meant that I would be unable to install a skimmer sight unseen by myself. At least one other person would be required. Transactions which typically would distract employees are those which require turning away from the register, as was the case when I purchased a game here. In this case, the employee checking me out tried to sell me on a membership, which meant I was under scrutiny the entire time.

Each gas station I visited was set up relatively the same; two card readers were set up in front of a cashier’s station, with an ATM a few steps away from the register. Some only had one cashier; the 7-Eleven on Maple Street had an employee who had been there for twenty-five years and had probably seen it all. Others were not as long-tenured. Distracting these employees would simply be a matter of asking for cigarettes, making them turn their backs toward the customer. 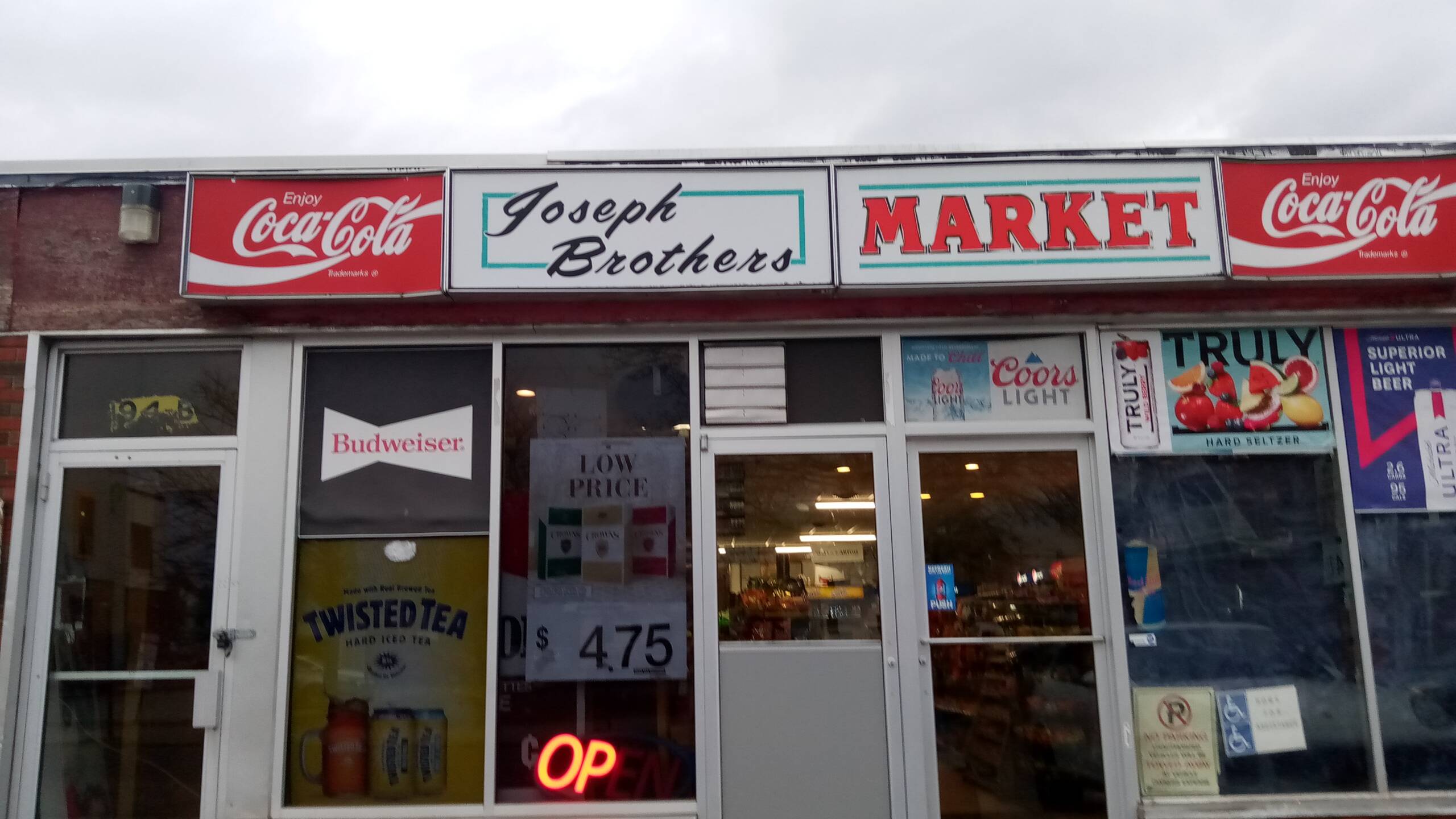 Home Depot and Wal-Mart were both busy with customers and employees. Installing a skimmer in either location would be a dicey prospect; the Wal-Mart customer service center featured three-card reading devices and four overhead cameras. Wal-Mart staff declined to provide information of any kind regarding the incident affecting their store. Meanwhile, though I wanted to make a purchase at the customer service center, Home Depot’s website proved too buggy to allow me to buy a countertop dishwasher. I was given the SKU number and told to try at home.

Although I didn’t find any credit card skimming devices, I did discover just how many card readers there are in Manchester. These devices often go unnoticed, used only when necessary, a part of the background otherwise. If anything seems different or unusual about any device you may be using, don’t hesitate to inform management of the business to determine whether a skimmer is present or not.

Police say they are looking for the following individuals. Anyone with information regarding this case should contact the Manchester Police Department by calling 603-668-8711.

Below: Persons of interest in the skimming incidents under investigation by Manchester Police. 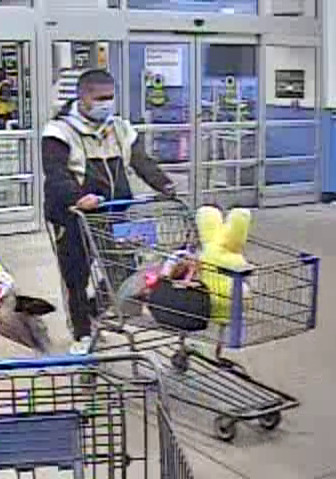 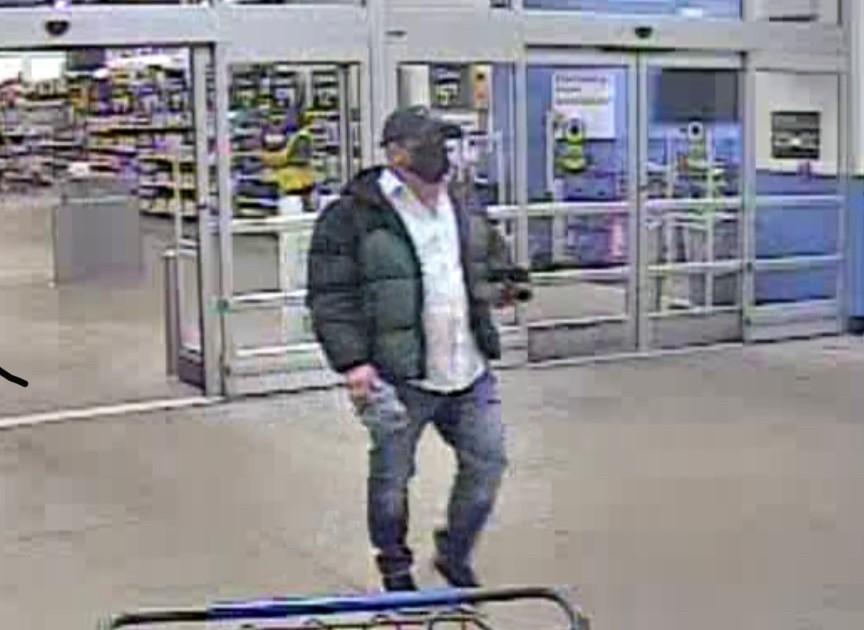