Both Sununu’s administration and reform advocates said the new laws represent a significant step forward in police misconduct transparency, like publishing the state’s “Laurie List” of officers with credibility issues and opening police disciplinary hearings to the public. But critics said the legislature effectively “gutted” one of the bills, removing key provisions such as demographic data collection and mandatory implicit bias training for judges.

“The government is really good at waiting, but this was something that had to rise above that,” Sununu said before signing the bills Wednesday, remarking on the one-year timeline. “Ideas on a piece of paper are only as good as the piece of paper until you actually bring them to action.”

The trio of bills signed Wednesday covered nine recommendations when they were originally introduced. They ended up delivering six, including requiring municipalities to retain internal investigation records up to 20 years after an officer leaves and setting up a grant program for local police departments to apply for funds for body and in-car cameras.[See Related Story]

“I think today marks an important milestone in our ongoing efforts to strengthen the relationships between the law enforcement community and the communities that law enforcement serves,” Attorney General John Formella said.

One of the most significant changes coming out of the bills has been in the works for several years: the state’s Exculpatory Evidence Schedule, previously known as the “Laurie List,” will now be available to the public. First established informally among prosecutors decades ago, the list details law enforcement officers whose credibility could be called into question during a trial.

Credibility issues might relate to a wide variety of actions, such as excessive force, sexual harassment, falsifying reports or lying in court. Names on the list will not be released for at least six months — the established period for officers to contest their inclusion.

Legal director for the ACLU of NH Gilles Bissonnette said his organization will be actively monitoring the implementation of the new law to ensure the process is correctly followed and the information is ultimately released.

The ACLU of NH and most of the state’s media organizations had sued the New Hampshire Department of Justice in 2018 to make the list public. With the bill signing, that three-year effort came to an end.

“There’s been exhaustive negotiations to try to come up with a process that works for everyone,” Bissonnette said. “Institutionally we’re proud of our role in ensuring that the public gets this information, and we’ll continue that role with respect to other police misconduct information.”

Police disciplinary hearings are also now public by law, with exceptions for certain confidential information, and law enforcement agencies are able to access information about a candidate for a law enforcement position from their previous employers.

The three recommendations that legislators removed from the bills were: mandating implicit bias and racial profiling training for judges; requiring law enforcement agencies to gather and make public demographic data for arrests, citations and stops; and including a person’s race on identification cards with the option for individuals to opt out.

“I do not think (the bill) was as powerful as it could have been for the community, I think with the gutting of the data collection in particular,” said Joseph Lascaze, the smart justice organizer for the ACLU of NH and a LEACT member.

Lascaze said gathering and making public data on law enforcement’s interactions with New Hampshire residents is a recommendation all members of LEACT agreed on — including law enforcement.

The idea is that when community members feel they have been targeted based on the color of their skin, demographic information about traffic stops, citations and arrests is there to determine if discrimination exists and how widespread it is.

“When we go to investigate and look at those instances and there’s no data … it really hampers the process of establishing equity in that state and making community members feel as though they actually belong here,” Lascaze said. “For the legislature to essentially gut it out of the bill was a slap in the face.”

The data collection provision was amended in the Senate and replaced with a measure to create a committee to study the issue.

“I think it’s important, but how we’re collecting that data — I think that’s where some of the stumbling blocks were,” Edwards said. “There’s a distinct difference between race and ethnicity, and collecting those data points is important, but how we do that without being intrusive or offensive is something that we need to take into consideration.”

Some of the recommendations remain to be completed, but “none of which are going to be left off the table,” Sununu said. The governor added that the police accountability commission will continue its work moving forward.

“The LEACT commission isn’t a one and done,” Sununu said. “The most important part of what this group has done is created something which is living and breathing and will forever live within the state to keep ourselves ahead of the game.” 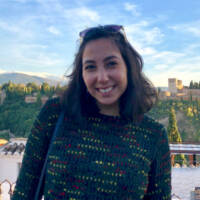