Editor’s note: This is the last in a three-part series of posts by Milli Knudsen, who has spent many years corresponding with inmates sentenced to life in prison. The first two installments are below:

Besides keeping Frank in touch with his retired defense attorney Stafford by mail, I began to look into how they might be able to talk to each other by phone, which would allow the absence of the “middle man” (me). Frank had access to a telephone in the evenings at Rahway and Stafford had a phone in his room in Peterborough, so how hard could that be? I have since learned to never ask “How hard could it be?”

I arranged to have Frank call on given dates and times, set up in my weekly letter to him. Each time I saw Stafford I’d ask if Frank had called, and found that he had not.

When I asked Frank if he had been able to use a phone, he said indeed he had but for some reason the calls had been terminated each time before Stafford answered. Eventually I asked a member of the nursing staff if she could be at Stafford’s bedside to facilitate the call. She reported that the phone rang, a garbled recorded message played out and the call disappeared. She thought perhaps the message had said it had to be a collect call. We all thought it best not to accept collect call charges because the cost could be prohibitive.

When I explained to Frank what had happened, he said he knew there was some kind of phone account that could be set up with money transferred to an account and used in place of the collect charges. My husband and I looked into it, and placed $50 in an account and had Frank call us. We did manage to talk to him once and I thought we had it figured out. After that time, any calls were prevented somehow. Even with specific times for him to call and for us to be home to receive the call, they didn’t happen.

In October 2011, my husband and I drove down to New Jersey to see Frank for his birthday, which falls on Halloween. You remember the Halloween ice storm? It turned out to be one of the most harrowing trips of my life. We were able to find a room in Connecticut that still had power that night, only to be awakened in the 2 a.m. darkness to find emergency responders wheeling a woman out because the power had been lost and she needed an uninterrupted oxygen pump for survival. We made it for a window visit, despite crazy obstacles. Frank was effusive in his appreciation and eager as always to talk about everything under the sun.

One thing we discussed was whether I should try to find an attorney to look over the sentencing issue in Frank’s case. His next letter:

“After I was convicted I tried reaching out to several different self-help legal organizations, legal offices, people whom I had known and received mostly no replies. The few that did respond always had the ‘big dollar sign’ first and foremost, something that I did not have way back then, or have today. I just want to honestly say thank you for asking me about that.”

To this day I have not been able to find an attorney willing to locate his records and assess how to re-instate the concurrent sentencing instead of the consecutive one.

Another issue that arose in our conversations was the money-making side of imprisoning people:

“They just came out with a notice signed by [the warden] that all TVs that were received from an outside source of sales has to be sent out of the institution or they will be confiscated and destroyed. The reason for this is because they want prisoners to purchase the TVs that they sell from their commissary for $249.00, plus NJ sales tax. These TVs are made of see-through plastic, and the see-through Walkmans are priced at $24.90 plus NJ sales tax. My question is just where do they expect the prison population to get the money to purchase these TVs and radios? The only money they receive is $17 per month that most of us use to buy health aid items such as soap, toothpaste, deodorant, razors and stamps. It took me about 5 years to purchase the last TV from an outside source.”

This concludes my series on prison conditions, based on the hundreds of letters I have exchanged over the last five years with these three prisoners: Eric, John and Frank.

One topic I did not spend a lot of time on was gang violence. This is because the communications between gang members to friends on the outside and gang hierarchy is quite sophisticated and effective against “snitches.” I would not knowingly put any of my correspondents in harm’s way by quoting from their letters on the gangs active in the facilities where they reside. It is a nightmare for administration as well as for the prisoners who have to navigate that system, as well as finding their way through the prison’s own labyrinth of regulations.

The other topic which I have lightly addressed is the profit margin which occurs when outsourcing vending services. Both in California and New Jersey, there is great profit in keeping prisoners in the system and bilking the prisoner’s friends and families who try to bring some measure of joy to their lives. Most prisoners are allowed four quarterly packages per year, which include food items, clothing, sneakers, art supplies and sometimes electronics. I have sent items to each of the three prisoners featured in this series through Access Securepak, Walkenhorst, Union Supply Direct and JPay, and though delivery is usually prompt and secure, there is no guarantee that items in the packages reach the intended inmates.

At least $100 worth of merchandise purchased by this writer has been re-routed once inside the facilities in California. The least secure transport is when a prisoner is transferred from one prison to another. His personal belongings do not get sent along with him when he moves and rarely does the entire box of prison-approved items end up in his possession. Since these items have pretty much been funded by family members or friends on the outside, this is an example of stealing from consumers which is so far not addressed by any Better Business Bureau.

American prisons are supposed to be a cut above those of the Middle East, the Far East or in parts of Europe. Unless our system of justice works to protect and defend the rights of all citizens, incarcerated or not, we are no better than the countries who openly condone corruption.

⇒Click here to catch up with Milli Knudsen’s previous posts on her letter-writing ministry to men incarcerated for life in prison. 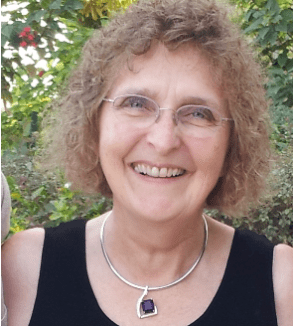