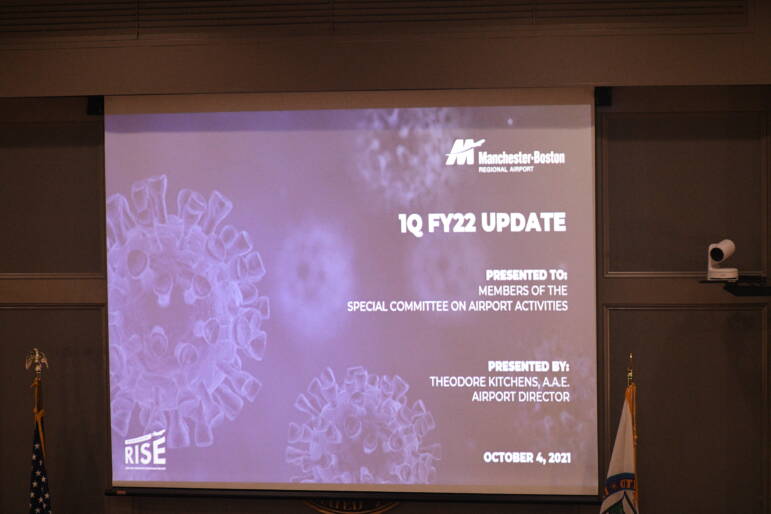 MANCHESTER, N.H. – Manchester-Boston Regional Airport is well on the way to recovering from the COVID-19 pandemic, but it’s not completely out of the woods yet.

That was the jist from Manchester-Boston Regional Airport Director Ted Kitchens as he provided the Manchester Board of Mayor and Aldermen’s Special Committee on Airport Activities a quarterly report on Monday night.

Kitchens informed the board that United restarted its flights to Newark on Tuesday, with Spirit Airlines beginning their flights to four destinations in Florida on Thursday.

In particular, with $50 flights to Orlando via Spirit, Kitchens was optimistic that the airport could regain a toehold in the regional low-cost market, something he says the airport has not truly had since Southwest’s presence in the late 90s.

Kitchens told the Aldermen that there is still hope that Delta could return at some point, but as of right now they are focusing on their top 50 markets, of which Boston is one, until they can return to where they were before the beginning of the pandemic.

In addition to passenger travel, Kitchens also talked about federal aid for the renovation of taxiways at the airport, something that will allow additional cargo flights, as well as debt restructuring that has made the airport more competitive for passenger airlines seeking new markets. Also adding that the airport has a $2.2 million dollar net revenue for Fiscal Year 2021 as of June.

“I feel really good where we are given the road we’ve just traveled,” he said.

Construction on that taxiway is expected to take place from Spring to Fall of 2022 and could limit use of runway 17/35.

Usage of runway 17/35, which roughly runs from north to south and runway 6/24, which roughly runs from southwest to northeast, was also a point of discussion. Kitchens says Aldermen have conveyed concerns regarding recent usage of the two runways. Normally, runway 6/24 is used 35 percent of the time depending on weather conditions, but recently it has been used about 50 percent of the time, something he says he will discuss with air traffic control officials.