This past Wednesday, Ben Dreibergen won the popular reality game show Survivor. Ben is a U.S. Marine, who was deployed to Iraq in 2003 as a member of the infantry. As a result of his experience there, he suffers from symptoms of Post-Traumatic Stress Disorder (PTSD). In one gripping segment of the show (click here to see it), Ben was at his tribe’s site, and he heard a few loud “popping” sounds coming from the campfire. Ben had to quickly walk away, and try to settle his thoughts. Those sounds triggered memories of his deployment, and he needed to be deliberately mindful about fighting back the debilitating fear and anxiety that flooded his body.

In an interview after the event, Ben described his PTSD like this:

“When you go through combat, and  you come back, there’s no way to adjust fully. There’s things upstairs that are there forever. Coming back with that stuff is hard. You feel lonely and you feel that nobody understands.”

At this point in the clip, a fellow castmate comes to check in on him. He tells her that he’s fine, but she senses that he’s not quite settled. She compassionately asks him if he wants to be left alone. He says yes.

“Other people – civilians or whatever – have no idea what it’s like to, uh, be shot at, or to have people try to kill you.” The scene flips to him lying down inside his tent and staring up at the sky, clearly trapped in his brain. “You can’t comprehend that without being there and without going through it. And so those reactions are 100 percent real … and it’s hard to be around other people that don’t understand that.”

Ben goes on to describe how his family was his saving grace from wallowing in his symptoms. “Before I met my wife, that was the monkey on my back. And my wife and kids have definitely saved me from my demons, my nightmares, and the past. I used to live in the past. That’s not a good thing for anyone. You gotta look forward to the future, because the past will eat you alive, but the future will save you.”

Ben’s goal in the game was to win the $1 million prize, but his goal now is to continue to raise awareness about PTSD.

According to a recent study called Parenting with PTSD [1], the numbers of military who have been deployed to Iraq and Afghanistan and who suffer from PTSD may be as high as 23 percent. A study by Brown University [2] estimates that the numbers of soldiers who have been deployed to those two countries since 2001 is close to 2.7 million. If the 23 percent figure is accurate, this means that our country may have over 600,000 citizens who are struggling daily to conquer those demons and nightmares that Ben and people like him have to face.

PTSD doesn’t only affect the soldier, but also has profound effects on the victim’s family. As Ben said above, it’s hard to be around people who don’t understand. When a soldier comes back to her family, there can be a disconnect between what the soldier has experienced, and the calmer, more everyday life that has existed back home while she was gone. The hope of this article is that raising awareness about how PTSD can affect parenting may inspire those who are suffering to seek treatment in an effort to raise their children well, in spite of the struggles they have.

To that end, a recent review of research reveals that there are three specific ways that PTSD symptoms can influence a victim’s parenting:

1) Behavioral avoidance and accommodation  – The brain has a remarkable capacity for learning associations between sensory input and pleasurable experiences. Have you ever been walking somewhere, and you smell something in the air, and all of a sudden, your mind is whisked back in time? You can see yourself playing in your grandparents’ backyard, where that same smell was all around you. Or, you can relate to hearing a song, and feeling elation, as you remember how your wife looked when you first met her and that song was playing in the background.

This ability of your mind to create associations works exponentially well for connecting sensory input with danger. When Ben heard the pop of the fire, perhaps his mind interpreted it as gunfire. Ben was instantly transported back to the battlefield, where existential terror and intense focus was required to survive. What Ben’s brain hasn’t learned is that it is no longer on the battlefield. The sounds of popping will be associated with danger for a long time to come, and Ben will need to learn to use techniques like mindfulness and exposure therapy in order for those associations to weaken.

As a result of all of the associations out in the real world, which can trigger days of depression and/or anger, a victim may be tempted to avoid as many encounters with those potential triggers as possible. As the victim’s family begins to see how those triggers affect their loved one, the family may be inclined to try to help the victim to avoid those situations as well. Parent-child activities, like throwing a ball in the backyard, may not happen, because there might be a car that backfires as it drives by. Going to school functions may be limited, because the smell of the linoleum reminds the victim of a building where their unit may have encountered enemy fire. As a result of these efforts to avoid triggers, some of the activities that parents enjoy with their children may be missed along the way.

2) Cognitive processes and thematic content – The PTSD victim’s post-deployment experiences may compel him/her to stay inside, away from any potential declines into the emotional swamp that unknown triggers “out there” can create. There is a tendency for the victim to have a bias toward threat. Everything is a potential trigger. There is an “amplified attention to safety concerns.” The victim is seeing the world through whatever is the opposite of rose-colored glasses. As a result, the lesson that the victim is teaching his/her child is that the world is a dangerous place.

In many cases, it seems that PTSD victims intuit that their example is not communicating the best message about how to be successful in life, which can lead to feelings of negative parental self-efficacy. In other words, the victim can come to believe that he is a bad parent, unworthy of the role, and can feel guilty about feeling detached from his own child. “What’s wrong with me?” he might ask himself. These feelings can lead the victim to decide to withdraw from the family, in order to not damage anyone any longer.

This is a hard road for the family. A child doesn’t understand why Daddy is crying all the time, or why Mommy gets so angry. A spouse will have to have a tremendous amount of fortitude to not take the mood swings she sees her partner having as a personal insult to her inability to love him out of his problems. The victim, more than ever, needs to be constantly reminded that he is important, precious, worthy of being loved, and that the family wants him to be a part of living life into the future.

3) Emotional disturbances – The feeling of being different than everyone around you, of not having enough support from people who understand what life is like, now that it has been changed forever, creates a vicious cycle. Blunted positive emotions, and heightened anger, shame, guilt and sadness, get in the way of the feelings of closeness that can help the victim eventually heal and move forward. A haze of emotional numbness can lead to depression, suicidal ideation, and general beliefs of worthlessness.

Picture this – your daughter, Mariah, comes home from school with her report card. While you know that the “right thing” to do is to be enthusiastic, complementary, and express your pride in her accomplishments, you just cannot muster up enough energy to do so. Later, as you reflect on how you reacted, you feel guilty that you didn’t do a better job. Perhaps you begin to wonder whether your family might function better without you there.

The author of this article is not a former or current member of the military. However, he has a tremendous amount of compassion for how wartime service can negatively affect military personnel and their families. You are not alone in this. Support groups with other PTSD victims, communication with your family and friends, and help from trained professionals can all help you rewire your brain and retool your emotions. There are several phone numbers and websites you can use to begin your arduous road to recovery and repair at this address: https://www.helpguide.org/articles/ptsd-trauma/ptsd-in-military-veterans.htm.It won’t be easy, but as Ben knows, survival is possible. Good luck to you. 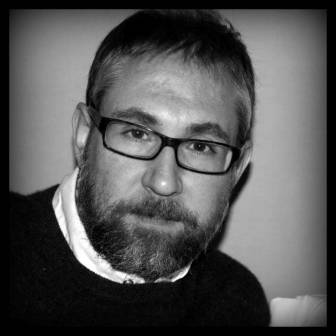