NASHUA, NH — The state is reviewing the death of a 63-year-old New Hampshire Hospital patient who jumped from a third-floor window in downtown Nashua on the afternoon of July 27.

The woman’s death stirs new concerns because of the much-publicized turmoil at the state’s psychiatric hospital in Concord in recent months. Twelve psychiatric providers left the hospital on June 30 after a contract dispute in which they said they would have earned substantially less as part of a contract with Dartmouth-Hitchcock Medical Center.

In an email, Health and Human Services Spokesman Kathleen Desmarais said state and federal confidentiality laws prohibit disclosing details of what happened. It is unclear, for instance, when the woman left the hospital in Concord and under what circumstances.

“We are aware of the tragic incident that occurred in Nashua involving a New Hampshire Hospital patient,” Desmarais wrote. “We will be reviewing the matter as a sentinel event under RSA 126-A:4, IV and are unable to comment further.”

Nashua Police Lt. Craig Allard said the investigation is still continuing and declined to release the woman’s name. Police were called to 237 Main St. at 2:55 p.m. on July 27, Allard said, and the woman was pronounced dead at the scene. Her body was found outside the 7 Star Pizza.

The Telegraph of Nashua reported the incident last week. Some local people told the newspaper the woman lived in an apartment above the pizza parlor and that she had tried to commit suicide in the past.

Questions were raised immediately about Dartmouth-Hitchcock’s staffing plan after the organization was unable to come to financial terms with the dozen psychiatric providers who left the hospital. According to published reports, Dartmouth-Hitchcock closed one of its own units in Lebanon to help staff New Hampshire Hospital, and said providers were brought in from within their system.

Dr. Robert MacLeod, the hospital’s CEO, was not in the office on Friday, according to Health and Human Services Spokesman Jake Leon, who said staffing levels at the hospital are fine.

Gov. Maggie Hassan’s spokesman William Hinkle said she, too, was aware of the woman’s death.

“The governor is aware of the tragic incident regarding the death of an individual who had been treated at New Hampshire Hospital,” Hinkle wrote.

“It is very unfortunate to hear that someone committed suicide after leaving New Hampshire Hospital,” List said. “The facts have not yet been released, but hopefully this person’s family will seek legal counsel if she passed due to the negligence of Dartmouth-Hitchcock or the state.”

Gov. Hassan is “asleep at the switch” when it comes to people struggling with major mental illnesses, List wrote.

“The governor’s lack of leadership caused New Hampshire Hospital to slip into uncertainty, with not enough clinicians or beds for the growing need for mental health services. Her inaction has placed our mental health safety net in dire straits, jeopardizing the care of those who are most acutely a danger to themselves and to others,” List wrote.

The group List represented complained that Dartmouth-Hitchcock was trying to force the staff to take a significant pay and benefits cut and that clinicians would leave if that happened, List wrote in the Union Leader.

“We now have psychiatrists cannibalized from other facilities and temps trying to maintain the illusion that Dartmouth-Hitchcock is keeping the state hospital functioning normally,” List wrote. 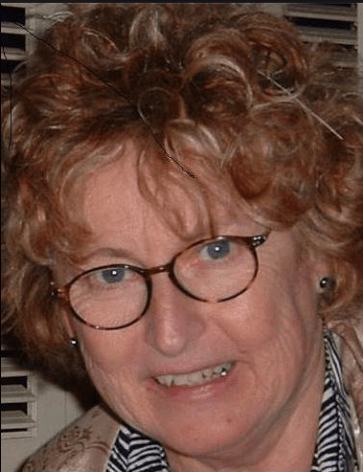