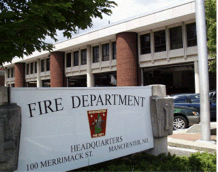 Anyone keeping track knows our city’s fire crews are always busy. According to the latest data available on the Manchester Fire Department website, our firefighters responded to nearly 5,000 calls in the first quarter of 2014 resulting in more than $1 million in property damage. They are on track to exceed 2013 total calls and costs, which totaled 19,150 calls and about $3.1 million in damages.