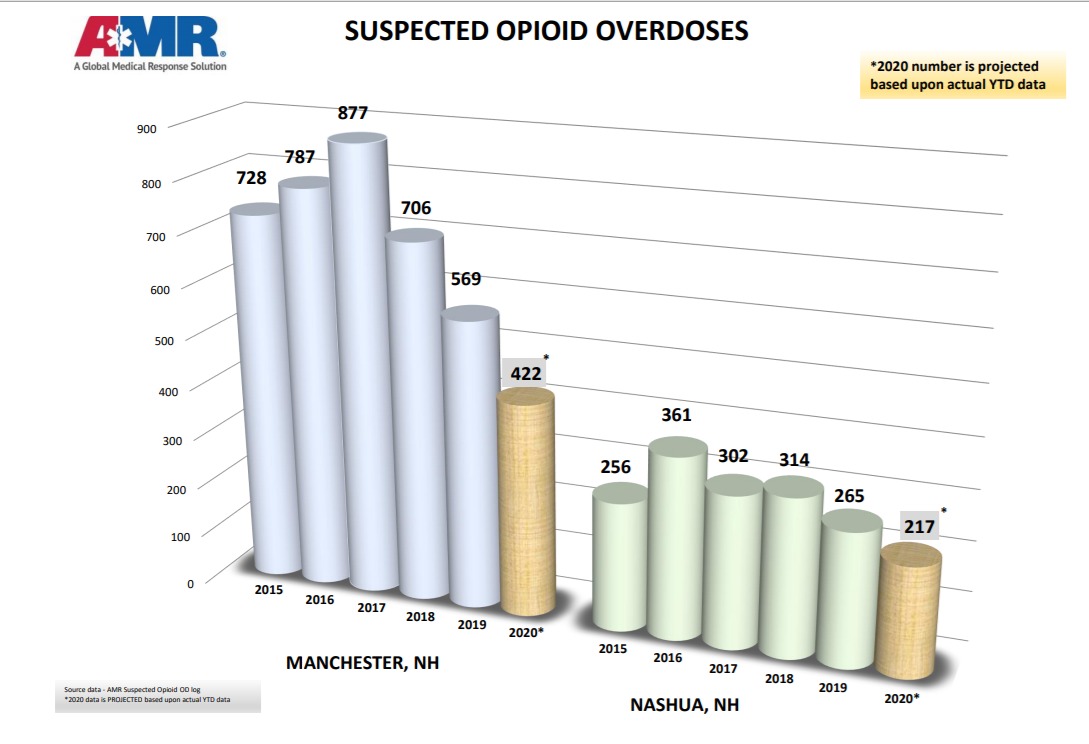 MANCHESTER, NH – A summary of statistics from American Medical Response of Manchester and Nashua opioid overdoses and related data shows an increase is overdoses in Manchester. In addition to the charts below, there are some notable data points provided by Chris Stawasz, Regional Director for AMR, as follows: