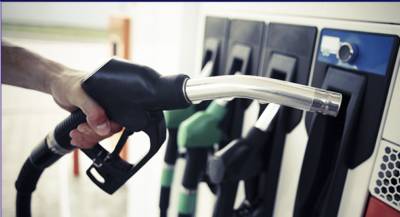 In Manchester, the cheapest gas, according to Gas Buddy, is $2.32 at Budget Gas on Elm Street, with $2.35 at the Maple Street 7-Eleven and TN Gas on Bridge Street also in the lowest range, based on customer reporting.

“There is tremendous volatility in the oil and gasoline market. Crude oil is selling at high prices compared to previous years and domestic gasoline demand has been high most of the winter among the factors all driving gas prices up and draining consumers’ wallets. This spring, consumers may have to make decisions on where they can cut costs to cover gas prices that are potentially 40-cents more per gallon than last spring,” continued Goodman.
Regional inventories dropped to the 65 million bbl mark on the week. According to the EIA, inventory fell by 748,000 bbl. Inventories are 10.2 million bbl below totals compared to this week last year.

Oil prices are likely to continue rebounding after the EIA’s latest petroleum report revealed that U.S. crude inventories unexpectedly fell by 1.6 million barrels. The drop gave some market observers hope that global demand growth this year may help drain global inventories further, even with U.S. production continuing to grow.
EIA’s report also found that U.S. domestic crude production and exports remain high, hitting 10.270 million b/d and 2.04 million b/d respectively. A steady increase in crude oil exports underscores that growth in domestic production has led to the U.S. ability to meet growth in global appetite for oil. The growth and price gains for crude since the end of last year have helped to drive additional investment in drilling activity in the U.S., which currently has 799 active oil rigs, according to Baker Hughes, Inc.
Motorists can find current gas prices along their route with the free AAA Mobile app for iPhone, iPad and Android. The app can also be used to map a route, find discounts, book a hotel and access AAA roadside assistance. Learn more at AAA.com/mobile.