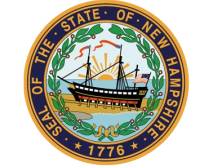 CONCORD, NH — The NH Attorney General’s office has released its report following an investigation of the CareGivers Inc.

On September 6, 2018, the Department of Justice Charitable Trusts Unit (CTU) issued administrative subpoenas to members of the board of directors of CareGivers, Inc., a
Manchester-based charitable organization, based on that organization’s failures to meet its
reporting requirements. The subpoena required their attendance at an investigatory meeting on
September 25, 2018. On September 11, 2018, Donny Guillemette, the executive director,
disappeared and the CTU then immediately issued an administrative subpoena for the bank
records of CareGivers. Mr. Guillemette’s body was found in Merrimack on September 16, 2018.
The Director of Charitable Trusts met with the CareGivers board of directors on
September 17, 2018 and inspected its offices. That inspection revealed significant financial
issues within the organization. In addition, Mr. Guillemette’s office contained unopened invoices and financial paperwork relating to a separate charitable organization, Danny’s Team.

A subsequent review showed that Mr. Guillemette served as the treasurer of Danny’s Team and
controlled its investment accounts. As a result, the CTU requested that the boards of directors of both CareGivers and Danny’s Team obtain forensic accounting services to review their finances. Each organization hired Karen Carew, CPA, of Carew & Wells PLLC to perform certain procedures.

Mr. Guillemette then produced financial reports for the CareGivers board of directors that inaccurately reflected its financial standing. Ms. Carew created reports that demonstrated the nature of Mr. Guillemette’s activities. Mr. Guillemette’s email messages and account statements provided additional information. Still, given Mr. Guillemette’s scheme, the full extent of the improper transactions has not been determined.

This report below provides further details about CareGivers and Danny’s Team, as well as the
CTU’s investigation and conclusions: