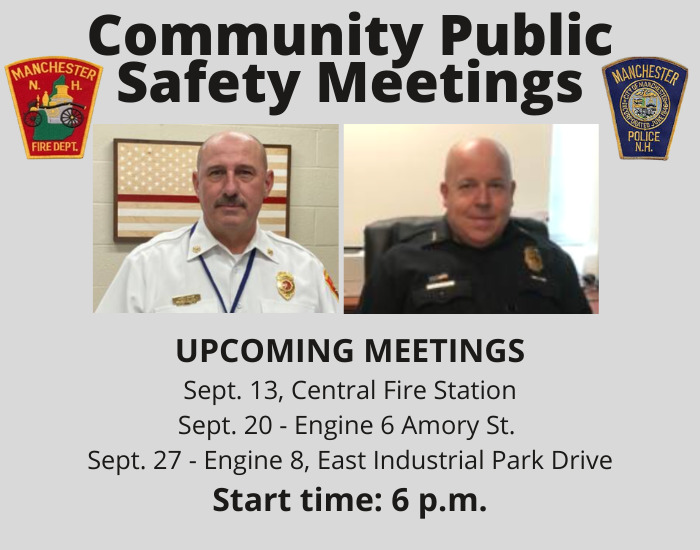 The meetings have been planned by dividing the city into geographical quadrants based on ward locations.  There are three meetings scheduled for September:

All meetings begin at 6 p.m.

After this initial round of meetings, future meetings will be held the third Monday of the month on a rotating basis so that every area will have three meetings a year.  All meetings are open to the general public, and anyone can attend any meeting.

All meetings will be held in the Manchester Fire Department bays, so social distancing or inclement weather should not be a problem. It is suggested that those interested in attending bring chairs.

Chief Allen Aldenberg as well as officers from the police department’s Community Affairs Division will be in attendance to field concerns from residents and to ask questions regarding public safety.

The intent of holding regular meetings, according to Police Chief Allen Aldenberg and Fire Chief Andre Parent, is to strengthen relationships with residents and allow for ongoing open lines of communication.