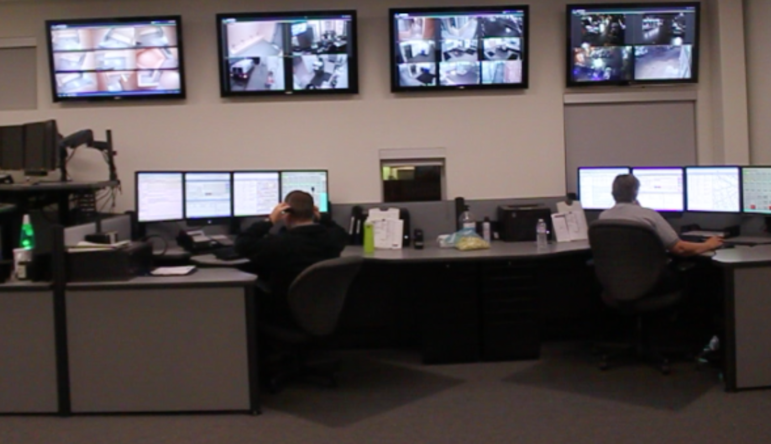 News Release – The Manchester Police Department would like to take the opportunity to inform the public of the changes involving our radio system. Acquiring the new citywide radio system has been a long process, but we are currently up and running with some of the installations still underway. We have been asked by numerous media outlets about the change, and the reason for the new system installation.

Related story: Radio room dispatchers are a lifeline for MPD

First and foremost, our old system had simply become obsolete. We were no longer able to obtain new parts for the system which prevented us from making repairs and keeping the system up and running efficiently. We looked at several options and after the bidding process was complete the manufacturer chosen was Motorola. Our new system is state-of-the-art digital technology, which is cutting edge and quickly becoming the norm in our profession. The radio we have chosen is a Motorola APX7000L, which is a top-notch product in the industry. Several questions have arisen, due to the encrypted transmissions, known to many of you as “coded.” This is the technology that is being used across the country by many police agencies. Regardless of the name brand chosen, the digital technology is what is being used by manufacturers.

We understand the questions regarding the encrypted transmissions, making it impossible for people to listen to our broadcasts on scanners and phone applications; we can assure you that this decision was not made in haste. The decision to utilize the encrypted or “coded” feature was made for several reasons.

As a police agency, we broadcast very sensitive information over our radios. When we talk about sensitive information, we are not just referring to officer safety issues; we are talking about privacy issues as well. With our old system, we had the “coded” feature that we were not able to use as often as we would have liked; this was due to poor reception and the poor sound quality. The new Motorola system does not have these issues, making it more efficient for our needs. When we transmit a medical call, a criminal check, a juvenile or adult name that may be a victim to a crime, that information and identity should be protected. The Manchester Police Department takes the protection of citizens privacy very seriously and this played a big part in our decision-making process.

Regarding officer safety, which is obviously a top concern, this played a part in our decision making process as well. Over the years, we did not have the ability to utilize “coded” transmissions all the time, our new system now allows us to have the ability to protect our officer’s safety by using the “coded” feature. The use of the “coded” system allows our officers to respond to events and call in their locations without the concern of some people following our officers around and some even interfering with the officers’ duties. Given the national narrative regarding police officers and the attacks on them, this was an important factor in our decision.

Some of the concerns that have been brought forward involve the transparency of our agency and what the public is not able to hear with scanner or phone applications. We can assure you that our decision had absolutely nothing to do with trying to hide any type of nefarious activity. Our reasons, as stated above, were to provide an updated radio system, protect the public’s privacy, and protect our officers as they work day in and day out to provide a service for the City of Manchester.