First and foremost, this is truly a F2P friendly TCG (trading card game), which is almost unheard of in the market. I highly recommend checking out Runeverse the Card Game as it is a brand new entry into the world of online TCGs and CCGs (collectible card games). This New, fully 3D, Multiplayer Card Game has incredible tactics and easy to play learning curve for everyone! Oh yeah, don’t forget the coolest part … the minions come to life! Runeverse has an active STEAM community that you can find all types of questions and help from others playing the game! Enjoy reading through the different Factions and make sure to check out the card collections! I have attached links to the Factions to make the search nice and smooth for us all to enjoy and reference very easy!

So it seems that in the universe of Runes, 6 Factions coexist, each with its own set strengths and weaknesses. Choose two factions to create your Alliance, but it’s up to you to find the winning synergy! Here are the Factions and links to their respective card library:

The Fallen: The Fallen, once a peaceful people, now use the occult arts to summon cruel beasts and infernal demons.

Western Woods: The Western Forests, inhabited by natives and ferocious beasts, hides many pitfalls accessible only to the most daring!

Towers of Ar’han: The Ar’han Towers have long been a meeting point for the most powerful wizards who study increasingly lethal spells.

Zur’an’s Lair: The Covo di Zur’an is the ideal place for those looking for luck. Inhabited by beings of all kinds, they are mostly pirates or assassins.

The Empire of Vaal: The Empire builds on an army of tireless warriors, also protected by a sacred order always ready to put them back on their feet.

Mercenaries of Orgrim: The Ogrim Desert, a dark place, is said to be populated by terrifying creatures who live with incredible inventors.

* Runeverse is available for PC, Mac, iOS and Android.

How the Game Works?

This section aims to give a better understanding of the game mechanics! 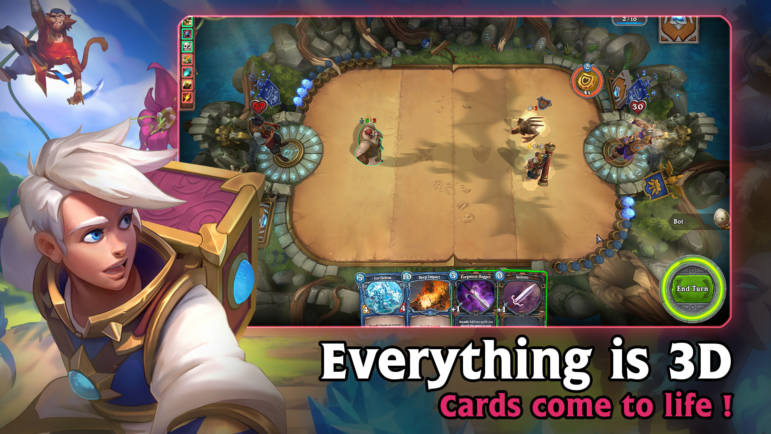