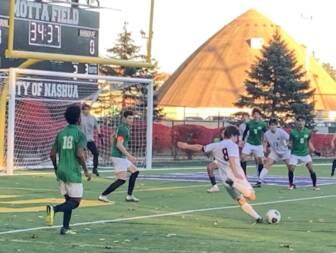 NASHUA — Hanover keeper Ty Nolan made a sprawling save on a shot by Central’s Prince Ojha in the 8th round of penalty kicks, to lift the Marauders to a 1-0 (5-4 PKs) win in a Division 1 State semifinal, Monday afternoon at Stellos Stadium.

Nolan was brilliant in net for Hanover, stopping 4-of-8 penalty kicks after having made 11 saves during regulation and two overtime periods. 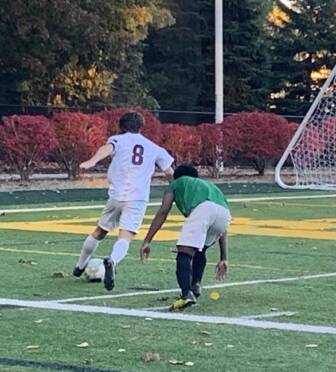 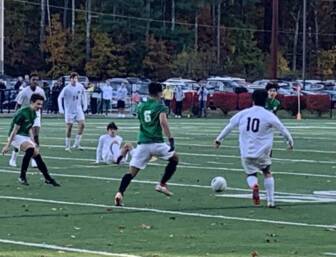 It was a gut-wrenching way to end the season for the Little Green and Coach Chris LaBerge. Central (16-2-2) came into the semifinal riding a 13-match win streak and had been looking for its first D1 title game appearance since 2018 and were in search of its first state championship since winning three of four from 2009-2012.

“In my last 20 years coaching, I don’t think you make the state final without winning a game on (PKs) at some point,” said LaBerge. “I’m not disappointed in our players, I’m disappointed for them. It’s tought for them. But we’re a young team, just four senior starters, so we’ll be back to make another run.” 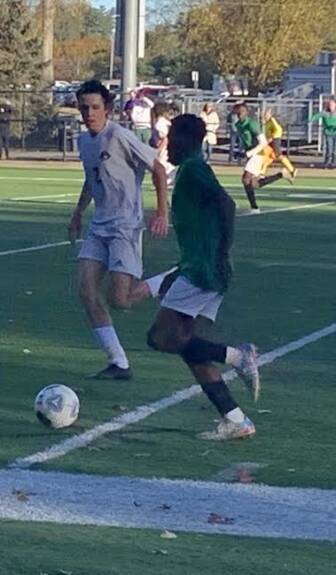 For 80 scoreless minutes of regulation, the game had the feel of already being in sudden death overtime and that the first goal scored would be the “Golden Goal,” deciding the winner.  Especially through the second half, it became clear that one lapse in concentration, one lucky bounce or ill-timed foul would crush the dreams of one team and propel the other further down the championship trail.

But that goal never came. Both Nolan and Central’s David Hood (11 saves) were rock solid between the pipes, buoyed by tight marking back lines that kept the creases clear and forced most of the shots they faced to come from outside the penalty box.

In many ways, the match was similar to the regular season meeting between the two teams back in September, won by Central.

“Yeah, it was 1-0 up in Hanover and it was penalty kicks today. It’s something you kind of expect,” said LaBerge. ”

Senior sweeper Jake Vachon was outstanding in his final game for the Little Green. Vachon and the rest of the back line, with help from midfielders, collapsed on the Hanover attackers inside the box. Every time a Hanover attacker want to shoot from close range, the ball was either blocked or stolen right off their foot and sent the other way. 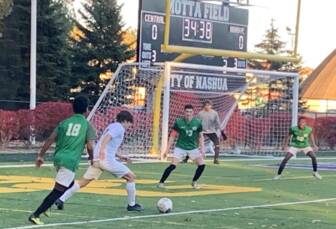 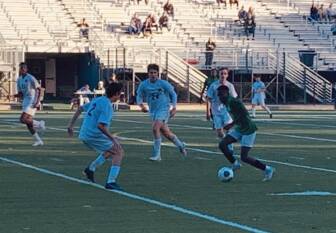 One of Hood’s best saves came right near the end of regular, off a long Hanover throw in. Senior striker headed the ball behind him to sophomore Will Guerin, who also used his head to put a shot on goal, only to be stymied by Hood.

Meanwhile, Hanover used a disciplined defense approach to mitigate the exceptional speed and ball-handling skills of the Little Green strikers. The attackers found themselves forced to try and dribble through layer after layer of Hanover defenders. The strategy frustrated the Little Green and limited their quality scoring bids.

Central’s best scoring chance came midway through the first half when a brilliant lead pass from Gershawn Matimano sent Junior Mawette in alone. Mawette seemed to have Nolan leaning the wrong way but at the last moment, the Hanover keeper flashed his left leg to make the kick save.

After 100 minutes of scoreless play, the teams were forced to decide the winner via (at least) 5 rounds of penalty kicks. Hanover won the coin flip and chose to go first. 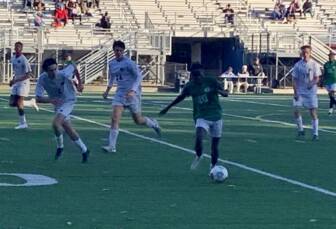 Through the first five rounds, the teams were tied, 3-3, with each keeper making a pair of saves. Central got goals on PKs by Jahir Garcia, Cedric Ishoboravyose and Estaban Henao.

Without a winner through the first five rounds, the teams alternated shots, one round at a time.

Hood gave Central an opening for the win when he stoned Becket McCurdy in Round 6. But Nolan answered with a save on Dino Hurtic to keep the match going.

A goal by Connor Hamlin in Round 7 gave Hanover the lead. But that was matched by a score from Central’s Matimano.

Round 8 began with a goal from Hanover’s Owen Smith and when Nolan dove to make the save on Ojha, the Hanover celebration began.