CANTERBURY, NH – The life Derek Januszewski led before ayahuasca, and the life he leads after, bear little resemblance.

His former self struggled with obsessive-compulsive disorder, childhood trauma and drug addiction. Then, in May 2017, he took ayahuasca for the first time.

“And for the first time in ten years, I had 45 days of absolutely zero cravings, absolutely no pull to use,” he said. “The world opened up for me.”

His new world continues to revolve around ayahuasca, a tea brewed from a combination of plants native to South America that its adherents say has healing properties. Januszewski, 46, with tattooed arms and a trimmed beard, is the pastor of Pachamama Sanctuary, a religious organization he founded off of a wooded road in Canterbury that serves ayahuasca to its guests several times each month. Since opening in 2019, Januszewski says he has welcomed close to 2,000 people to the three-bedroom house he rents for a weekend of psychedelic exploration.

Ayahuasca has been used by indigenous tribes in the Amazon for hundreds of years to purportedly heal physical and mental distress. Americans with the money and interest to do so have traveled to places like Peru and Costa Rica for the experience. In 2006, the U.S. Supreme Court ruled in a unanimous decision that the government could not stop a New Mexico church from using the substance as a sacrament. At the same time, ayahuasca’s active ingredient, dimethyltryptamine, or DMT, remains a controlled substance under federal law, and thus illegal to consume.

In this legal gray area, new ayahuasca retreat centers have emerged across the country. What used to be limited to those who could travel to South America, or had connections to an underground network of practitioners in the U.S., is now available in small towns and major cities. The pandemic further fueled a growth in domestic ayahuasca options, according to advocates, with international travel limited and a growing number of trained curanderos, or shamans, overseeing ceremonies.

At Pachamama in Canterbury, each retreat consists of two evenings of ayahuasca, during which an invited practitioner will run the ceremony, often accompanied by music and a campfire. “Sitting with the medicine” often results in intense mystical visions, and can include visions of your own death, according to participants. (There is also a lot of vomiting or diarrhea.)

Afterward, those who participated in the ceremony will gather for “integration,” a group dialogue aimed at sifting through the visions and thoughts that arise during the psychedelic trip, and translate those messages into tools for one’s daily life.

Pachamama Sanctuary declined to let an NHPR reporter observe a ceremony. But it isn’t hard to find detailed online reviews of this or other ayahuasca facilities. Reddit’s messaging boards are full of posts about various sanctuaries in the U.S. and abroad, while the site Retreat.Guru, where Pachamama currently enjoys a 4.92 rating out of 5, also allows users to leave reviews.

“A trip to the Amazon was totally out of the question, because I’m poor,” Em Quiles, a non-profit executive from Worcester, Mass, told NHPR. She said she first learned about Pachamama through a friend, and decided that after years of anxiety and depression, with limited relief from medicine and therapy, to try ayahuasca in Canterbury.

“Before going into the ceremony I was a little apprehensive,” she said. “I’m a Latina, this is a white-run organization, I’m going to the middle of the woods. I don’t know what I’m doing.”

But Quiles praised Januszewski and other volunteers who supported the 20 or so other people who attended the weekend retreat earlier this year. She said that the shaman—at Pachamama, there is a roster of those who oversee the ceremony—provided comfort, as well: “I felt that Pachamama did a really good job at honoring the medicine, and respecting its sacredness and treating it with the sacredness that it deserves, that it commands.”

While often described by its practitioners as a medicine, formal clinical study of the drug’s potential to treat conditions, including depression, anxiety, substance misuse disorder and PTSD, remain in a “very early stage,” according to Fred Barrett, associate director for the Center of Psychedelic and Consciousness Research at Johns Hopkins University.

“We don’t know yet if these drugs and therapeutic approaches can really be approved as medicines yet,” he said. Ayahuasca, he said, can have unintended interactions with other drugs or foods in your body. Plus, some people have negative or “difficult” hallucinations that could cause psychological issues.

However, Barrett said the few formal studies on ayahuasca’s potential to heal people that have been done in controlled settings show promise.

“With that small amount of information, the effect sizes so far seem enormous, which is generating all the interest in these approaches,” he said.

Even with the potential healing properties, Barrett warned that taking ayahuasca in an uncontrolled setting, versus under the guidance of a clinician, does carry risks.

The rapid growth of ayahuasca in the United States is leading to a rise of practitioners, some of whom Januszewski said may be attracted to a “gold rush” of demand.

Colorado attorney Martha Hartney, an estate planner who also works in the field of religious use of ayahuasca, agreed.

“There is money to be made, there is power to be had,” she said.

Hartney, who is a member of the Psychedelic Bar Association, said before attending an ayahuasca facility, she would go beyond reading online reviews or Reddit posts. Instead, she says word of mouth, the experiences of previous guests, and research into the practitioner who will lead the ceremony is the best way to ensure a safe experience.

There is no shortage of options for those interested in experiencing ayahuasca. In her community of Boulder, Colo., she estimates there are 15-20 “circles” on any given weekend.

“You can hear people talking about it over polite dinner conversation right now,” she said.

And yet, ayahuasca churches continue to exist in a legal gray area. The U.S. Supreme Court ruling in 2006 sided with a facility that uses ayahuasca during its ceremonies, but the opinion is not directly applicable to every other church.

“It is not that it is legal entirely in a clear way where the laws against it have been repealed,” said Omar Figueroa, an attorney based in California. “These are Schedule 1 controlled substances.”

Federal and state prosecutors could still take action against facilities, including Pachamama, for serving ayahuasca, according to Figueroa. The legal test would come down to whether the facility is operating in a safe manner, and that there is no risk of diversion, he said.

In 2020, the New Hampshire Supreme Court heard arguments in a case involving a Colebrook man who was found guilty of possessing psilocybin (or “magic”) mushrooms. The defendant, Jeremy Mack, argued the mushrooms were part of his religious practice as a member of the Oklevueha Native American Church, and were therefore protected under the state constitution, which states people have a “natural and unalienable right to worship God according to the dictates of his own conscience.”

In a 22-page opinion, the justices vacated the conviction, and sent the case back to a lower court to determine if the government could prove it had a compelling public interest in taking legal action against Mack, or if prosecutors were substantially burdening his religious expression. Ultimately, this newly established “balancing test” was never conducted because prosecutors dropped the charges.

Local law enforcement have responded to Pachamama Sanctuary, according to police logs, but Januszewski says there has been no legal action taken. He claims the federal Drug Enforcement Agency is also monitoring his facility, though the DEA didn’t respond to a request for comment.

But while federal and state officials don’t appear eager to stop Pachamama Sanctuary, the local planning board in Canterbury is raising concerns. The town has issued cease and desist orders after Januszewski failed to provide proper documentation over issues regarding the property’s smoke alarm and septic systems, emergency signage, parking plans and snow removal options in case of an emergency.

Just before voting to deny Pachamama a review of its site plan in May based on incomplete documentation, meeting minutes show the Canterbury Planning Board told Januszewski that “the Board was not trying to make Pachamama do something unrealistic, but their measures needed to be appropriate for the nature of the operation.” In June, the town filed a lawsuit against the landowner and Januszewski.

“That’s a sore spot,” Januszewski says. “That’s part of the reason we are leaving.”

Later this year, he says he plans on relocating the sanctuary to another town in New Hampshire, though he declined to say where. He launched a Go Fund Me page to help pay for the new space, but so far has only raised about $11,400 of his $77,777 goal.

Januszewski said he remains committed to serving what he calls his church’s sacrament to those who are ready for the experience. But he cautions only those who feel “called” to do so should take the trip.

“Just be patient, he said. “Don’t go and drink it because it is a cool fad. You are going to have a hard time.” 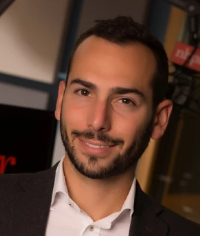