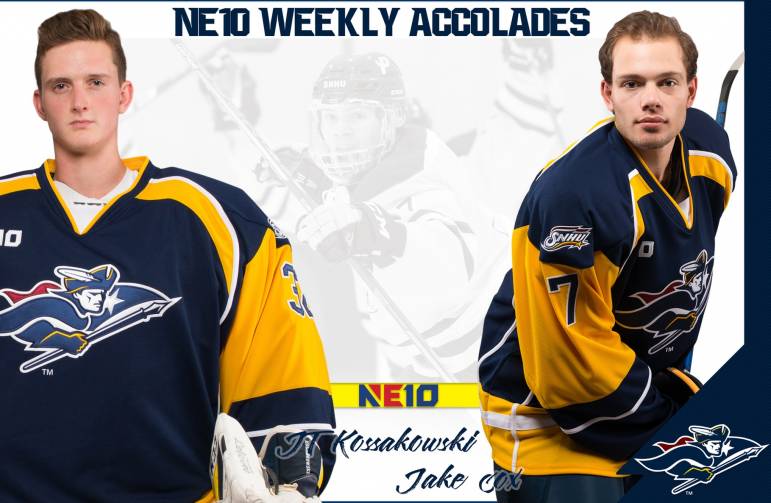 Cox has recorded points in seven consecutive games.  His hat trick last Tuesday helped lead the Penmen to a 4-1 win over Stonehill.  He contributed a goal and an assist in the team’s split at Assumption over the weekend.  Cox leads the Penmen with 12 points (five goals, seven assists).

Kossakowski stopped 47 of 49 shots on Friday at Assumption to earn his first career win in just his second start for SNHU.

The other weekly Northeast-10 Conference ice hockey award this week went to Assumption junior Robert Roche (Holden, Mass.). Over the week, he had five points, including two assists and a game-winning goal during two contests against SNHU.