BEDFORD, NH – A 15-year-old drowned Sunday evening at Sebbins Pond. Bedford Police confirmed that the teenager, a male, had been swimming in the pond when he went under and didn’t resurface.

OBITUARY ⇒ Charles Arthur Zink, 15: ‘He was an amazing gift to our family’

At approximately 7 p.m., Bedford Police were dispatched to Sebbins Pond for a report of a teenage male missing in the water.

When police arrived they there were several civilians searching the water for the boy.  According to State Police, who dispatched its Marine Patrol, the boy and several friends were playing on a rope swing and dropping into the water. The victim landed in the water after using the rope swing surfaced briefly and then submerged not to be seen again. One of the victim’s friend’s called 911.

Bedford Fire and Police arrived shortly after the 911 call and immediately entered the water in an attempt to locate the boy without success. Nashua Fire Department divers were requested and located the boy at approximately 9:15 p.m. He was pronounced dead at the scene.

At this time the name of the victim is not being released pending notification of next of kin.

The incident remains under investigation.

Anyone having any information relating to this incident is asked to contact New Hampshire State Police Marine Patrol Sgt. Steve O’Connor at 1-603-227-2114 or email at Stephen.J.O’Connor@dos.nh.gov. 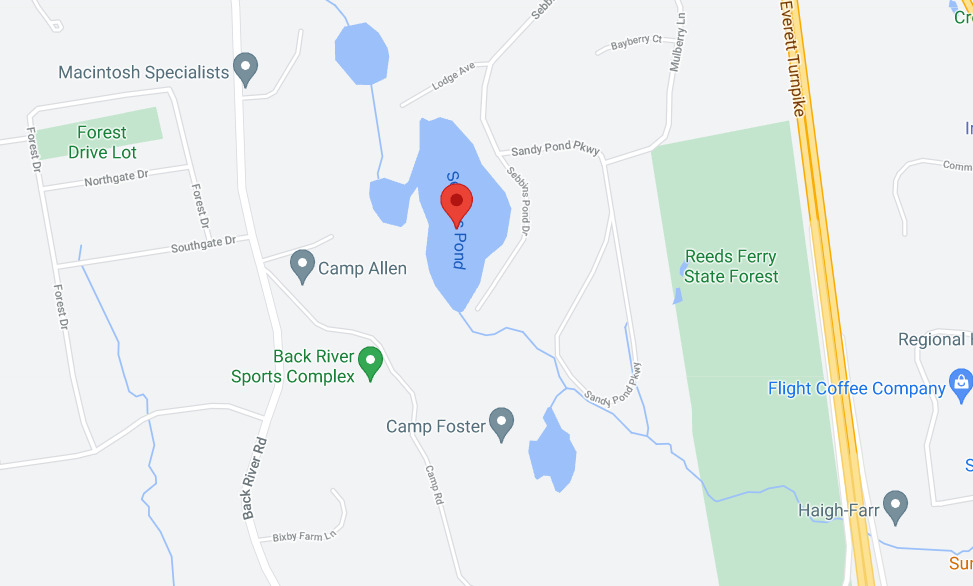