The name game is strong with this week’s list of formidable brews. From “Yer Bums Oot the Windae,” to “Straight BACK Into Quarantine NEIPA,” local brewers are as good at wordplay as they are at formulating funky-fresh flavored offerings out of anything and everything, from tropical fruits to chocolate-glazed doughnuts. Read on.

A bunch of new beers are out now at Daydreaming Brewing Company in Derry.

Dan Made Me Do it! (7 percent) is a New England IPA named for one of the brewery’s supporters Dan Hilse. It’s loaded with Citra, Ella, Mandarina Bavaria hops, a “kiss” of Amarillo hops and a hit of lactose for body.

Also out recently is Destiny (8 percent), a Belgian Tripel that was step-mashed with a long boil for a bouquet of Belgian esters and subtle spices; There is No Dana, Only Zythos (7 percent), an American IPA with a hearty malt backbone, notes of tangerine and grapefruit, stuffed with Zythos hops; and Yer Bums Oot the Windae (4.5 percent), a Scottish Export Ale that’s described as well balanced with a subtle sweet malt and low ABV for easy drinking.

Later this month, Daydreaming will be coming out with an English-style Barleywine called The Road Not Taken (10.5 percent), an homage to the famous poem by Derry’s own Robert Frost.

The meadery also dropped a black currant cider on Dec. 3, called Black Apple (7 percent). This is the first time the carbonated cider has returned since Summer 2018. It’s a semi-sweet cider with firm tannins and a noticeable acidity from the currant.

Coming soon, on Dec. 10, two meads will be coming out: Sugarwood (13.5 percent), made with caramelized honey, New Hampshire maple syrup, vanilla beans and a bourbon barrel. The first batch was released in December 2018. This year, they made a larger batch, since the first one sold out almost immediately, according to the brewers.

The second one is Patridge Free (7 percent), a returning Christmas staple mead with pears, Muscat grape and dried elderflower. 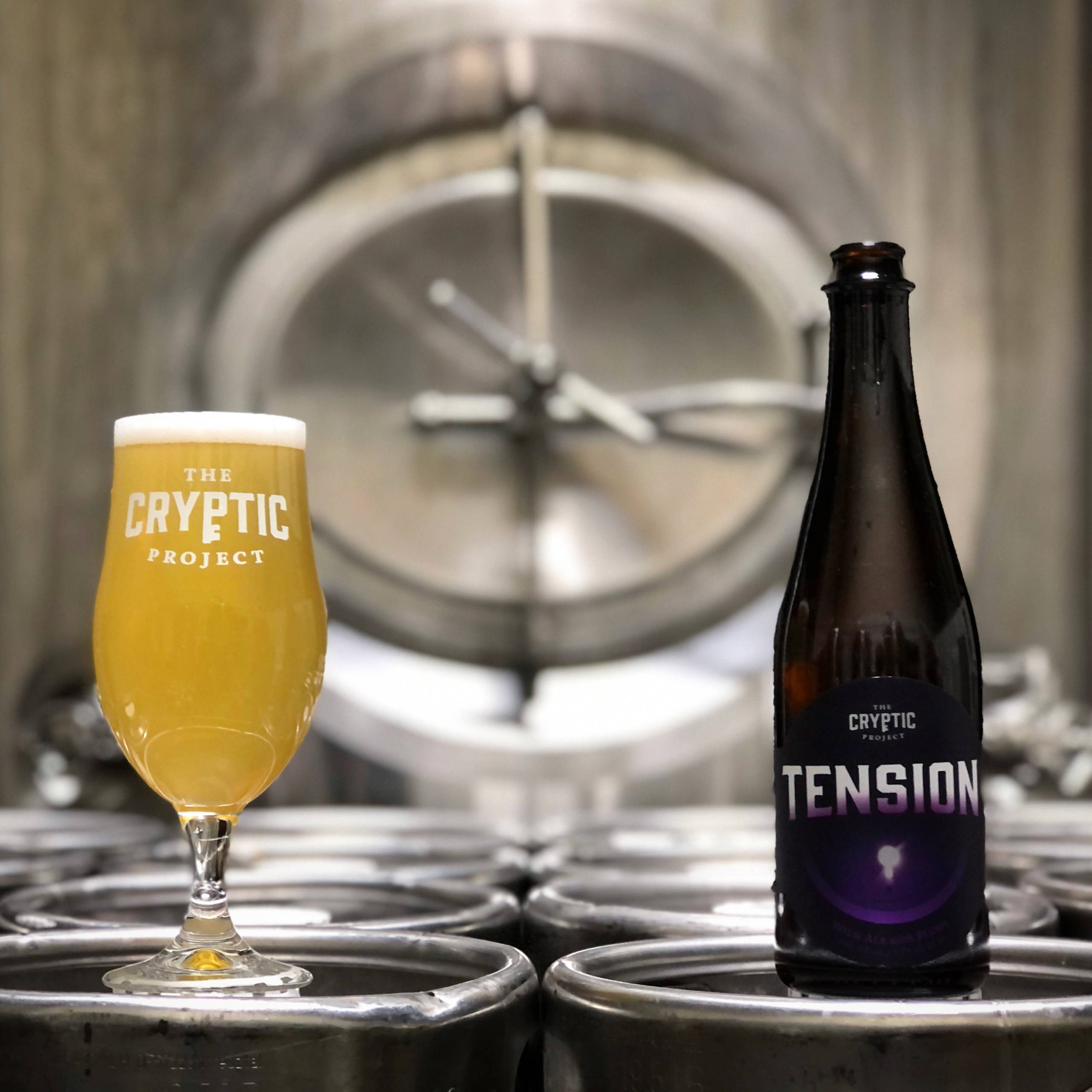 Kelsen Brewing Company in Derry currently has Chernabog Czech Dark Lager (6 percent) on tap at the brewery. The beer was originally created as a collaboration with the erstwhile Dover brewery 7th Settlement Brewery. It’s a floor-malted Bohemian pilsner, made with Bohemian dark malt, Vienna malt and Saaz hops. It’s said to have a creamy mouthfeel and notes of dark chocolate, toasted bread, caramel, toffee and dates. 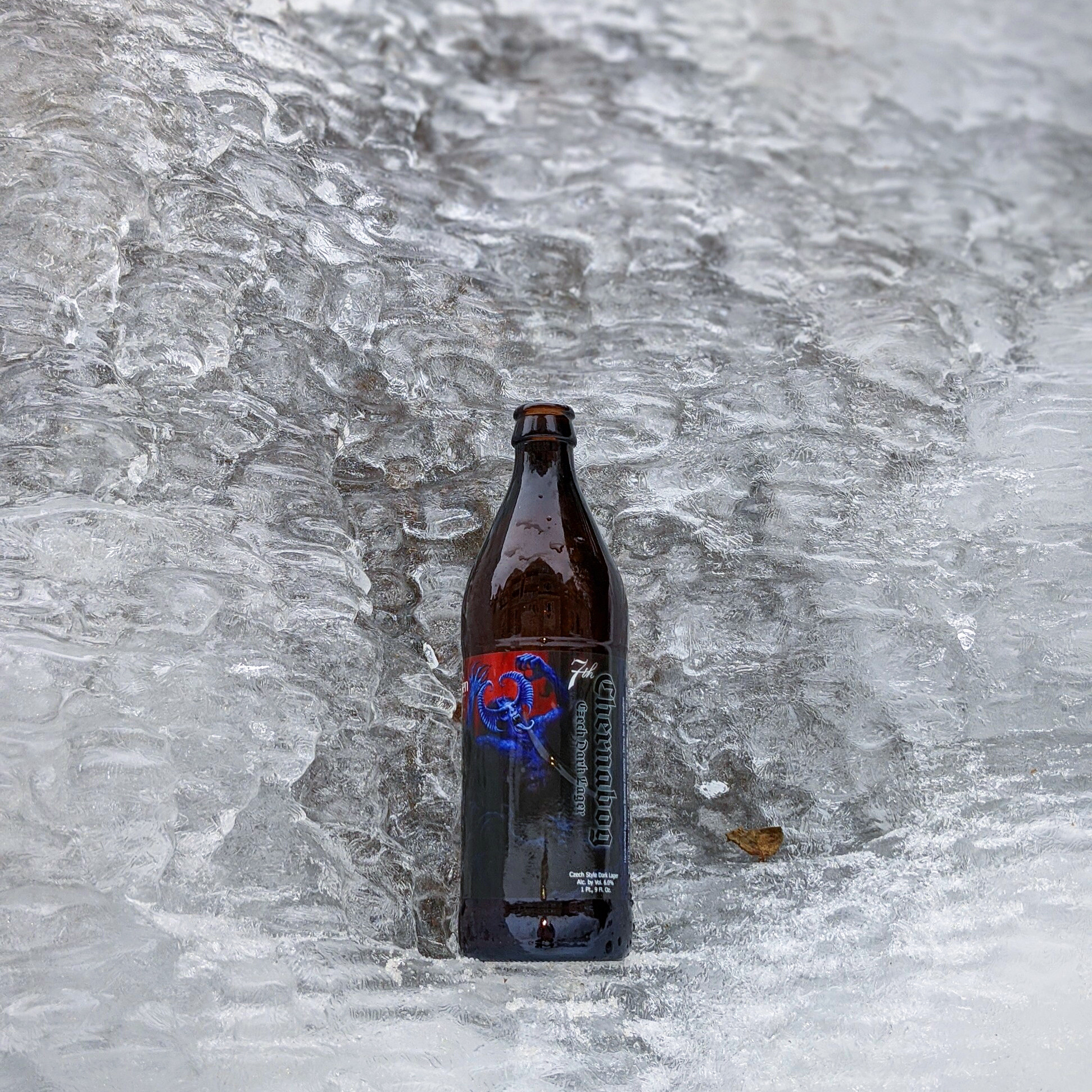 Also available is Tension (5 percent), the latest in their experimental sour series called The Cryptic Project. It’s a wild ale made with plums, given to tart and funky notes with tiny Champagne-like bubbles to lend a crisp dry finish.

If you missed the recent runs of fruited IPAs such as Blood Orange Battle Axe (7.2 percent) and Guava Battle Axe, the brewery currently has the third variant in rotation: the Coconut Battle Axe. 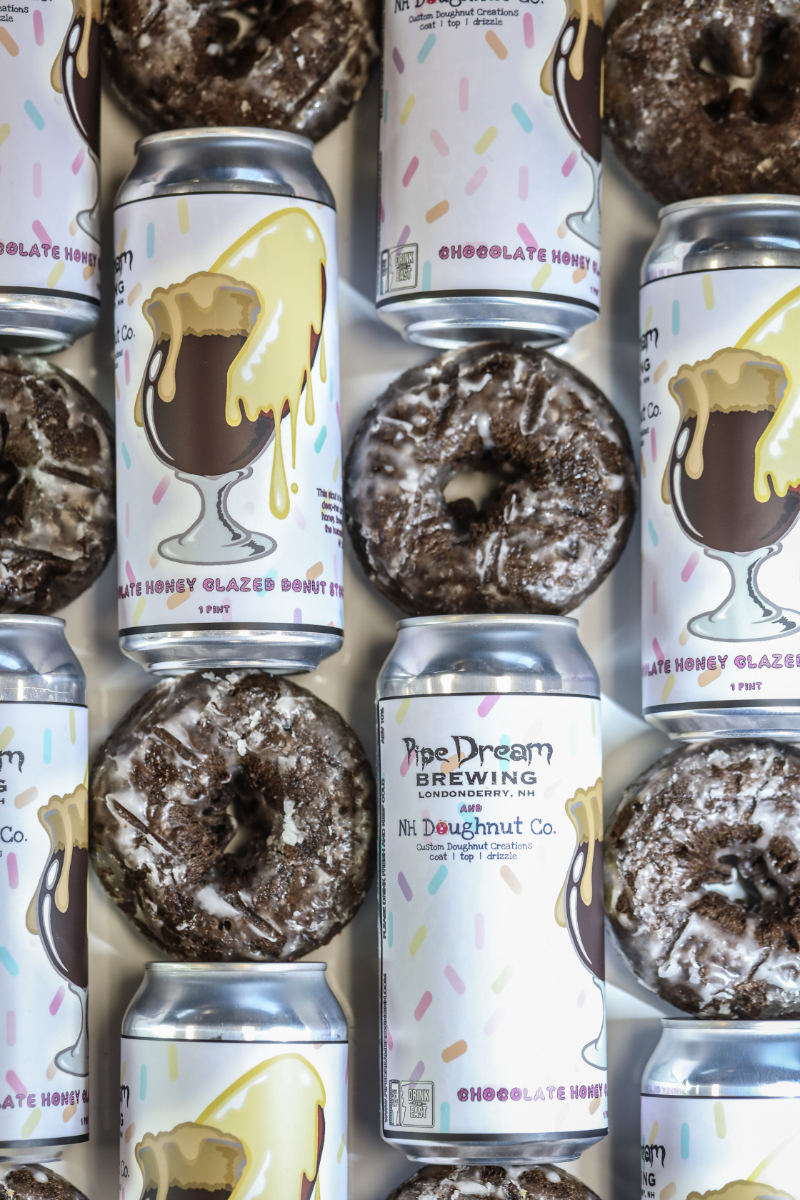 Friday, Dec. 4, Pipe Dream Brewing Company in Londonderry came out with a redux of their popular Straight Outta Quarantine with a new beer called Straight BACK Into Quarantine NEIPA (10 percent), an apparent nod to this winter’s surge of COVID-19 cases. The beer has notes of lemon and citrus.

On Nov. 11, they released one of its winter staples: Chocolate Honey Glazed Stout (10 percent), which brewers say is like snacking on a doughy, deep-fried guilty pleasure dipped in honey. The stout is made with real New Hampshire-made donuts by NH Doughnut Co. 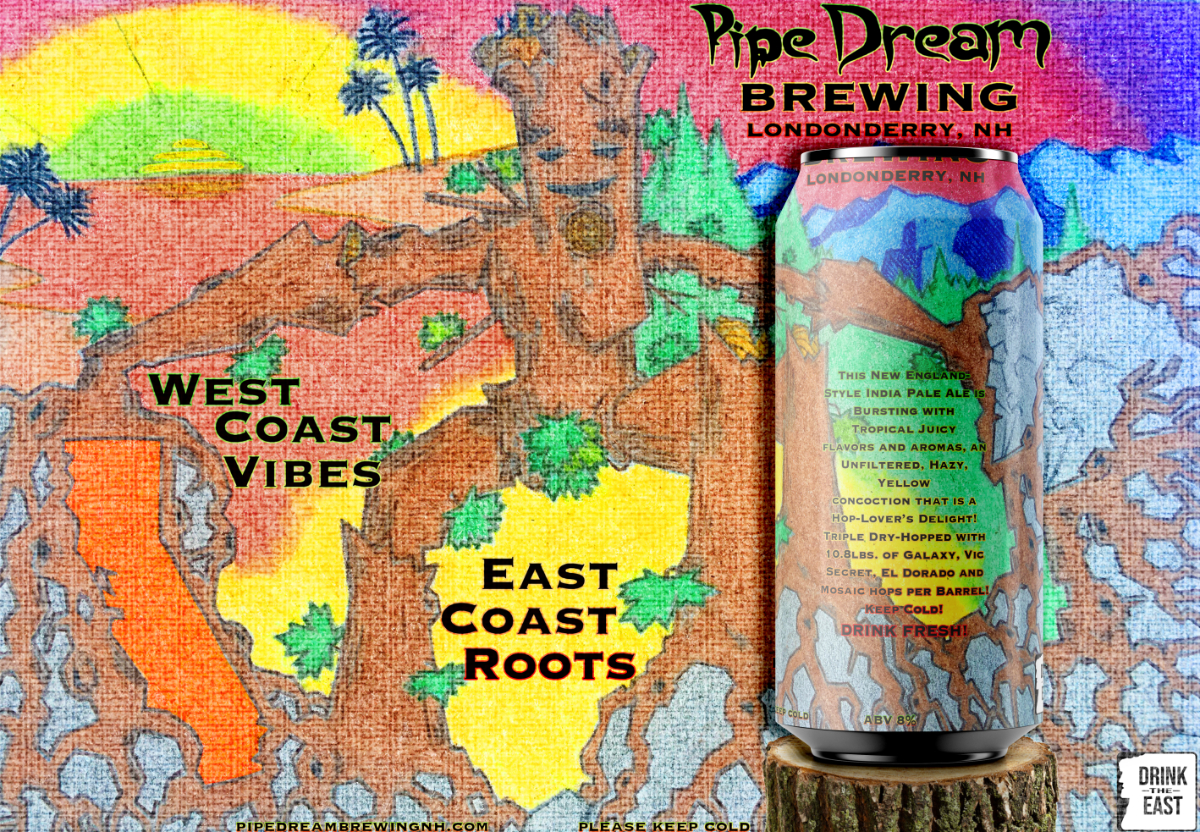 The same week, brewers released West Coast Vibes East Coast Roots Double IPA (8 percent). The New England IPA is described as “bursting” with juicy and tropical flavors, and is triple-dry-hopped with 10.8 pounds of Galaxy, Vic Secret and Mosaic hops for each barrel. 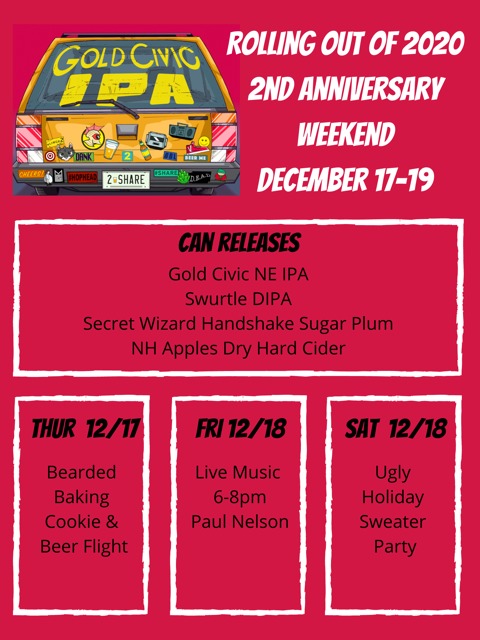 To Share Brewing Company in Manchester is celebrating its two-year anniversary over a long weekend starting on Thursday, Dec. 17 through Saturday, Dec. 19.

As part of the revelries, the brewers will be releasing a number of beers that weekend, including Secret Wizard Handshake Sugar Plum (4.3 percent), a sugar plum sour fermented with 126 pounds of plum; Swurtle DDH DIPA (7.5 percent), a double dry-hopped double IPA made with Simcoe and Mosaic hops, plus Cascade, Idaho 7, Azacco and Citra; and their flagship IPA Gold Civic NEIPA (6.7 percent).

They will also have NH Apples (6 percent), their dry hard cider, on tap. It’s made with apples from Sunnycrest Farms in Londonderry.

Go to tosharebrewing.com for details about the anniversary party, live music, cookie pairings, raffles and an ugly sweater party. 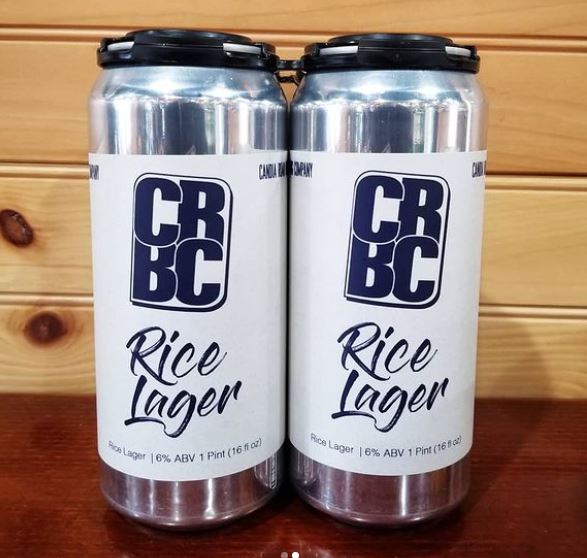 Candia Road Brewing Company recently came out with Rice Lager (6 percent), the newest addition to their lager lineup, brewed with “mad scoops” of rice, some noble hops and a pinch of Lemon Drop, according to the brewers. It’s available now on tap at the brewery and in 16-ounce cans.

They also released Sidewalk Chalk with Italian Plum (4 percent), a staple gose variant made with Italian plums to add a bit of extra juiciness to the already tart beer. 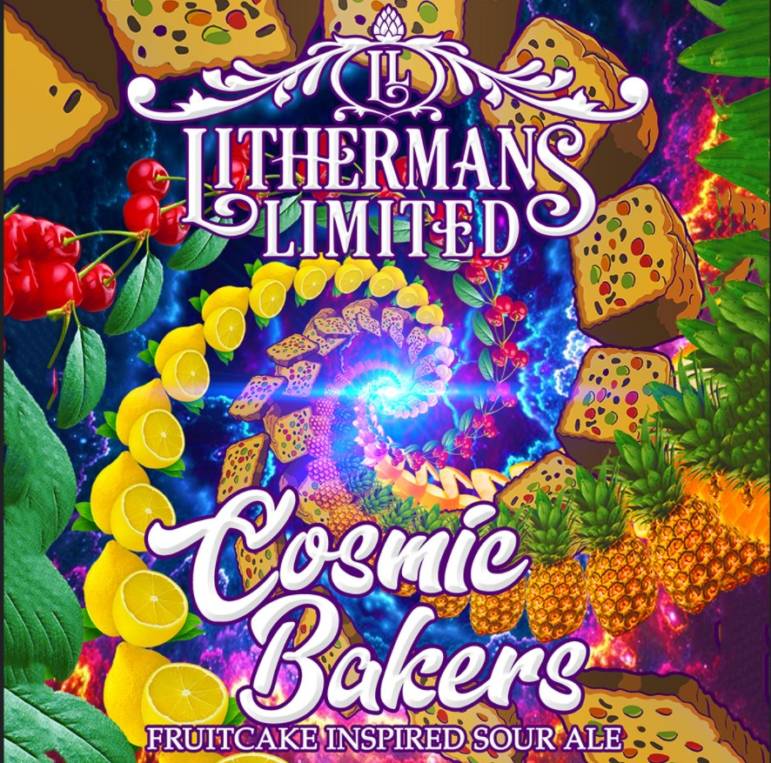 They also dropped some winter perennials such as Cosmic Bakers (6.2 percent), a sour ale made with all the classic ingredients of a fruit cake, and Ground Control (5.1 percent), a cold-brewed coffee porter made with coffee from True Brew Barista Cafe in Concord.

Got Brew News? Send it to Ryan Lessard at ryanmlessard@gmail.com