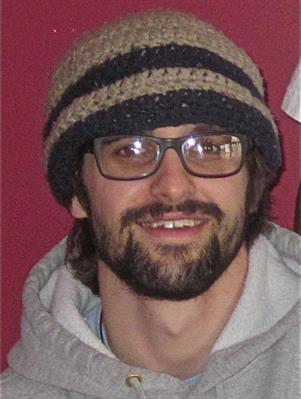 Nicholas is survived by his mother, Linda Calandrella, of Dracut; his brother Steven Carey, of Amherst MA; and his sister Lindsay Hamilton, her husband Patrick, and their daughter, Lillian, the apple of Nick’s eye, of Dracut; and his father, Kevin Carey of Dracut.

Nicholas also leaves behind many aunts, uncles, cousins, and friends, whom he loved dearly, and for whom he always had a smile on his face, a joke, a hug, and a quick wit.

Nicholas graduated from Southern New Hampshire University in 2014 with his degree in Elementary Education. While at SNHU, through The Center for Community Engaged Learning, he took part in “Alternative Winter Break” in South African villages, rehabbing homes and spending time with its youth.

Nicholas worked at the Beech Street School as a certified instructor. He also worked at the Salvation Army of Manchester as Assistant Coordinator for “Kids’ Cafe” and the “Teen Night” programs with Bob Champagne, whom he loved and greatly admired. When he wasn’t in school or at the Salvation Army, he was in the community, whether it be handing out waters at the basketball courts, or taking “his kids” out to McDonald’s or for ice cream to celebrate an academic achievement. The youth of Manchester, and his work with them, was his passion, his drive, and his life’s purpose.

There was NOTHING more important to Nicholas than these children. His love and devotion for them could not be surpassed by anything greater.

Nick enjoyed fishing and spending time with his family and friends at his lake house on Lake Attitash in Merrimac, MA. He also loved cooking, listening to and writing hip-hop music, and the Boston Red Sox. Nick was always the first to help others in need.

Nicholas is at peace in the loving arms of his Memere and Papa.