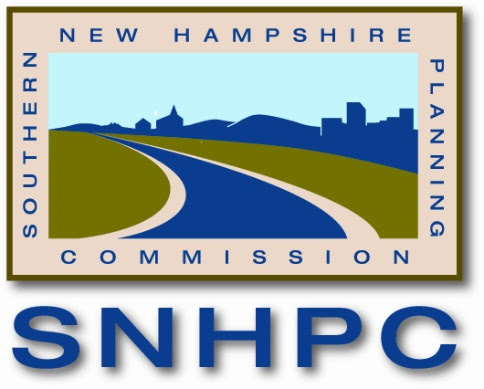 CONCORD, NH – The Southern New Hampshire Planning Commission was recently awarded a $30,000 challenge grant from the “You Have Our Trust Fund” of the New Hampshire Charitable Foundation to be used for continued public education and advocacy with a goal of advancing commuter rail from Boston, Mass., to Nashua and Manchester.

SNHPC has retained the services of Montagne Communications, a full-service, strategic communications firm that has worked with the New Hampshire Rail Transit Authority over the past year and a half providing a variety of services, including public relations, community relations, website development and design work. As part of this award, SNHPC is tasked with raising matching funds to continue to effort.

“This generous funding comes at a critical moment for the NH Capitol Corridor rail expansion project. It is imperative that we keep the rail expansion momentum rolling in New Hampshire,” said SNHPC President David Preece. “With this challenge grant, SNHPC will continue engaging key stakeholders, business leaders and the public at-large to grow our coalition of supporters who can help make rail expansion a reality.”

In early 2015, a comprehensive analysis of the 73 mile corridor from Boston, MA to Concord, NH known as the NH Capitol Corridor Study was released which indicated that the Manchester Regional Rail alternative, which would serve two stations in Nashua, one in downtown Manchester and one at the Manchester-Boston Regional Airport, would offer the greatest economic benefit with a relatively moderate investment. After reviewing the results of the study, NHRTA voted to formally support extending passenger rail service to Manchester, with continued interest in extending passenger rail to Concord.

According to the study, the Manchester Regional Rail alternative would create approximately 230 jobs through construction of the rail line and an additional 3,390 construction jobs would be created to build real estate development generated by rail. Beginning in 2030, the expansion of rail would create 1,730 new jobs every year. Real estate development would add $750 million to the state’s output between 2021 and 2030, with reinvested earnings would add $220 million per year beyond 2030.

The total capital investment to bring passenger rail to Manchester is estimated at $245.6 million, but New Hampshire’s investment could shrink to $72 million with contributions from regional partners coupled with 50% federal support.  The investment required to cover debt service on a 20-year bond and annual operating and maintenance costs would be $11 million annually.

“Thanks to NHRTA’s coordinated education and outreach efforts, the New Hampshire legislature recently enacted legislation designed to continue moving rail expansion forward, which will help us create a truly multi-modal transportation system that can serve as an economic development catalyst that hasn’t been seen in New Hampshire for decades,” continued Preece.

New Hampshire lawmakers recently approved two key pieces of legislation that will help move the state closer to extending rail to Manchester. Senate Bill 63, which was signed into law June 26th, streamlines NHRTA by decreasing the number of members of the board of directors, while also establishing an advisory board. By doing so, NHRTA will be able to operate more efficiently, while also improving its standing in the eyes of federal agencies seeking to invest in states with well-organized rail authorities.

According to SNHPC and NHRTA officials, the next step in the rail expansion process is the critical project development phase, which consists of establishing a detailed financial plan, preliminary engineering, environmental permitting and preparation of funding applications for submission to the Federal Transit Administration and Federal Rail Administration. While the legislature was unable to provide the $4 million needed for project development in this two-year budget, public support for rail expansion has continued to gain support.

“The state’s two largest Chambers of Commerce and 68% of New Hampshire citizens, along with a growing list of individual businesses, agree that investing in rail is integral to the state’s long-term economic prosperity and viability,” added NHRTA Chairman Michael Izbicki.