DURHAM, NH – Shari Robinson, assistant vice provost for student life at the University of New Hampshire, has a perspective on the mental health crisis confronting educators that comes from years on the front lines.

She’s been an active therapist for the past two decades, counseling students since 2004. “We’ve always seen stress, anxiety and depression,” she says. “But now we are seeing more severe depression, bipolar disorders and psychosis, and more developmental disorders like autism. Those students can do well in college, but they need more supportive services.”

The University System Board of Trustees heard a clear call for those services in late August, when a group of students and administrators presented a report on “Mental Health and Campus Life,” calling for more equality of access to mental health services across the university system.

Representatives of the University System Student Board along with the chief student-life officers from UNH, Plymouth State, Keene State and the online Granite State College reported on research initiated because of a common theme they were hearing among students and student representatives: A significant decline in student well-being and mental health compared to past years.

That comes as no surprise, given the alarm bells ringing across the country. The Healthy Minds annual web-based survey of college students nationwide reported that 41 percent of respondents screened positive for depression, while 34 percent screened positive for anxiety in academic year 2021-22. The survey reached 450 colleges and universities, with over a half million respondents. Perhaps most troubling, one out of four had serious thoughts of suicide.

The UNH research showed that the number of students seeking counseling and the number of counseling sessions at the four campuses has not significantly increased in the past three years, but much of that is due to the lack of capacity to accommodate a significant increase and school closures due to COVID.

“There has not been a significant increase in students seeking care comparatively. However, due to continued staffing shortages, the demand for services feels exacerbated in the midst of the prolonged pandemic,” the report states.

Robinson puts it this way: “At UNH we started the semester with a longer wait time than we’ve ever seen. In the first couple of weeks our wait times were up to nine or 10 days, and we never started the semester off that way. There is usually no wait time, and definitely not longer than a week. Here at UNH that was really unprecedented.”

The backlog is mostly due to a 50-percent reduction in the number of counselors and therapists available for student consultations.

“Most counseling centers are not adequately staffed,” Robinson said. “There’s been such a huge turnover as a result of COVID that we started this academic year at 50-percent staffing, with six vacant positions out of 12 full-time positions. That’s not unique to UNH. Therapists and counselors saw they could do private practices from the comfort of their homes and make more money. We can’t compete with that.”

Anyone needing the care of a licensed psychiatrist is waiting in a longer line. “Psychiatry is such a scarcity in our state,” said Robinson. “It can take months to get into a psychiatric appointment.”

According to data in the Mental Health and Campus Life report, students in the USNH system who sought counseling did so primarily for family or academic distress, eating disorders, adjusting to college life, and family or relational challenges. The most common presenting issues were anxiety, stress, depression, lack of motivation, disconnection, isolation and loneliness or grief/loss.

That all sounds fairly predictable, but Robinson says something deeper is going on. The increased demand for mental health services is a trend that goes back at least 20 years, and wasn’t caused by COVID, but exacerbated by it.

“We’ve always had youth who suffered from bipolar or even psychosis, but those students are now able to do well in high school and get accepted at competitive institutions thanks to IEPs (individualized education programs) and things like that,” she said. “That’s a good thing. But I’m not sure our institutions have kept up with the amount of wrap-around services those students really need.”

With no immediate solution to the staffing shortage in sight, UNH has turned more and more to online services, launching a mental health and emotional wellbeing education campaign in the fall. The associated website, “How Are You – Really?” contains self-assessment tools and links to resources.

The UNH Psychological and Counseling Center offers in-person suicide prevention training called QPR (Question, Persuade, Refer) for all faculty, staff, and students. “We have 20 QPR trainers here and they have been presenting 60- or 90-minute training sessions for the past seven years,” said Robinson.

UNH has contracts with online services that provide 24-7 crisis counseling, including Protocall and its affiliate, Welltrack-Connect (previously known as The Shrink Space). Keene, Plymouth and Granite State contract for similar services from a mix of providers that includes companies like UWill, Protocol, Kepro, WellTrack, and BetterHelp. Students would be better served by a system-wide contract, according to the report.

“At UNH, we now have 24/7 counselors available on a hotline if you need it,” said Wayne Jones Jr., provost and vice president for academic affairs at UNH. “Those are resources that weren’t in place five or 10 years ago, and we’ve had to add them.”

The problem, according to student advocates on the USNH student board, is that those investments have not been made in equal proportion at the two other residential campuses, nor are all the same services available to online students enrolled through Granite State College.

“The problem is all campuses are not created equally,” said Robinson. “It’s a great campaign (How are you – really?). We need to be doing that at all our system schools.”

“Not where we need to be”

According to Robinson, UNH is not where it needs to be in terms of psychological counseling compared to other institutions of similar size, but Keene and Plymouth are even worse off.

“I’ve worked at three other counseling centers, so when I benchmark where UNH is, we could be doing a lot better. But within our system, we are doing so much better than Keene and Plymouth. So, the student point was a call for equity … an expectation that there’s a baseline that’s offered at all the institutions. It should not be cookie-cutter, but there should be a baseline. All of our students within our system deserve access to quality mental health in a timely and responsive way.”

These types of services are funded through student fees. With a student population at least four times larger than its smaller peers, UNH is at a decided advantage, which some say should now be shared through a consolidation of services across campuses.

At a minimum, says Robinson, each campus should have its own brick-and-mortar counseling center, with contracts for supplemental services like Protocall centralized across the system.

“That’s a way to start centralizing,” she said. “But that’s an investment in the system. I’ve run the numbers. The system would have to invest $350,000.”

Robinson researched the cost of consolidating services as part of her role on a USNH planning committee called The Behavior Roundtable. “It’s a system’s committee that meets at least once a semester or a couple times a year,” she said. “I’m on that and we’re having those conversations. If we could get a buy-in and support from the system, that would be a good place to start. It doesn’t answer everything, but it’s low-hanging fruit.” 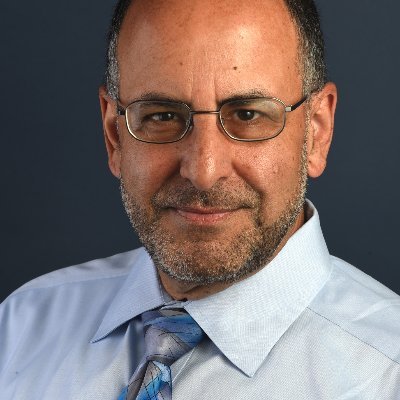