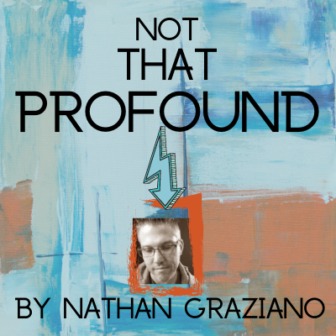 I was driving to the store with my daughter, who is home for college break, when we passed a house with a “Let’s Go Brandon” sign posted on the front lawn. I shook my head, muttered something to myself, and kept driving.

A block down the road, we passed another house with a “Let’s Go Brandon” flag mounted above the front door, wedged between a Gadsen and an American flag.

“Who is Brandon?” my daughter asked. While she is a sophisticated young woman, my daughter apparently hadn’t been versed in encrypting Republican code at Boston College[1].

“It’s the right-wing’s way of saying ‘Fuck Joe Biden’ without using the actual vulgarity. They think it’s funny and clever,” I said.

I will admit, the initial anecdote was funny in the same way a Will Farrell movie is funny[2]: a cheap laugh at someone’s unknowing expense.

It’s worthy of a chuckle, but the humor quickly dries up. Smart humor, lasting humor, relies on wit and irony, not some fatuous happenstance. And even with the sharpest wit, there is such a thing as overkill, which is now clearly the case.

Perhaps it would now be appropriate to point out that I don’t particularly have a horse in this race. While I find Donald Trump to be one of the most loathsome, ignorant and dangerous men currently inhabiting Planet Earth, I also don’t care for Joe Biden.

Biden is not a great communicator, he vacillates far too much on far too many issues, and he’s a notorious hot-head who shoots from the hip far too much for my tastes[4].

My issue with the “Let’s Go Brandon” nonsense is not with the fact that the far-right feels the need to disparage the commander in chief—the far-left displayed equally abhorrent conduct when Trump was in office.

The problem, as I see it, is tonal.

The phrase is used with open hostility, not humor. It’s used to create more acrimony in an already toxically polarized country. To dissent with the president or the government and any of its politicians is patriotic when the dissent is thoughtful and intelligent.

To simply say “Go fuck yourself” to the president without having a specific critique of a policy is moronic[5].

And it seems especially toxic as we come upon the one-year anniversary of the most perilous threat to our democracy in the country’s history, an insurrection fueled by blatant lies and misinformation[6].

On Christmas Eve, President Biden and his wife took live calls from the White House for the NORAD Santa tracker. Some idiot in Oregon had his call randomly transferred to the president and Dr. Biden. After the president wished the guy a “wonderful Christmas,” the man reciprocated then used the phrase[7].

Imagine trying to explain that your kid. It’s high time to put a stop to Silly Season.

[1] Or perhaps the course was full. I imagine Encrypting Racist Code 101 is extremely popular on college campuses.

[2] For some reason, “Talladega Nights” comes to mind.

[4] In the 2020 election, after the DNC stole the nomination from Bernie Sanders for a second time, many people plugged their nose walking into the voting booth.

[5] It is the type of thing that 15-year-old boys laugh at nonstop.

[7] The man is now a folk-hero in conservative circles.