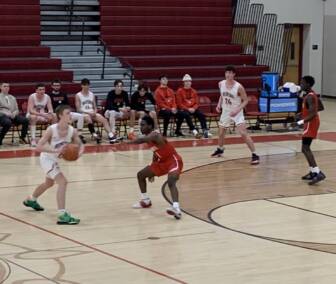 BEDFORD, NH — Manchester Memorial got off to a slow start and were never able to recover, losing to Bedford, 61-40, Wednesday night.

The Crusaders were held scoreless for the first six minutes of the game, as Bedford built a 13-0 lead. Memorial finally broke the ice when Abdalha Ramadhani put back an offensive rebound with 1:55 to play in the first quarter.

Bedford led, 18-7, after one quarter and never saw its lead dip below nine points the rest of the night.

“A slow start? That’s giving (us) credit. We lacked everything tonight,” said Memorial Coach Danny Bryson. “The energy, the effort wasn’t there. I don’t think we ever got off the bus tonight.” 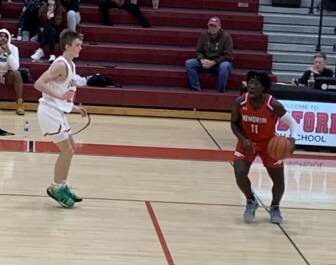 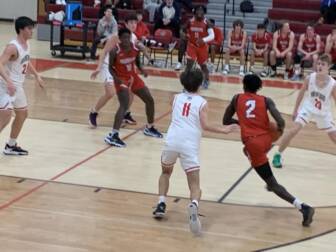 The game was indicative of two teams heading in opposite directions, as they near the midway mark of the regular season. Memorial has now dropped five straight games to fall to 1-6 on the year. Suddenly hot Bedford has won four in a row to improve to 6-3.

Bedford sophomore Luke Soden led all scorers with 20 points, 14 of which came in the first half. Senior forward Andrew Zimmerman had a double-double, with 10 points and 10 rebounds, along with two steals.

Bryson had come into the game believing his Crusaders matched up well against Bedford and had hoped the game would serve as an opportunity to pivot a season, rapidly in danger of slipping away. But it was not to be, as Memorial was out of sync from the opening tap. 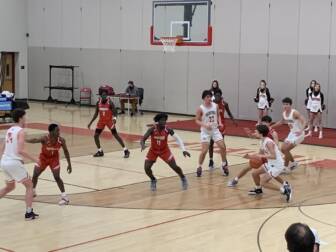 Memorial’s offense is predicated on guards being able to penetrate. From there, they can take it to the rim, dish off to a forward or kick out to the perimeter for a 3-pointer. But as Pinkerton had done against Memorial earlier in the week (a 76-37 Astros’ win), Bedford came out in a 2-3 zone defense that clogged the paint.

The result was frustration and impatience from the Crusader ballhandlers, leading to bad decisions and 22 turnovers.

“We see a lot of zone because we are athletic and we can get to the rim,” said Bryson. “It slowed us down, but it was the unforced turnovers and our lack of energy. Really, everything you need to win, we waited until the fourth quarter to do, when we were down 20-something points.”

Memorial had its moments. The defense tightened up to start the second quarter and a 3-pointer by Roumraj cut the Bedford lead to nine, 21-12, with 4:47 to play in the half.

That would be as close as the Crusaders would get. Bedford senior Daniel Galagmaga  (6 points, 3 steals) came off the bench to spark a 12-0 run and suddenly the Bulldogs lead had swelled to 21 points.

Zimmerman scored the first six points of the third quarter to give Bedford its biggest lead of the night, 41-16.

Beland began to catch fire from the outside in the third quarter, connecting on three 3-pointers to try and keep Memorial close. But each time the Crusaders tried to make a run, careless ballhandling and sloppy passing led to turnovers that squashed the momentum.

Memorial will look to end its 5-game skid Friday night at home against Nashua North (6-1). 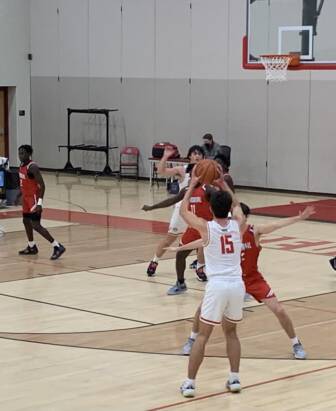 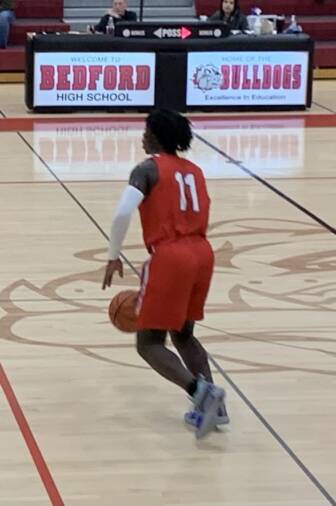