Last week the legislature passed the re-authorization of the New Hampshire Health Protection Act. The plan will be in place for two more years. Almost 49,000 people in New Hampshire have taken advantage of the program – 6,000 from the city of Manchester, and almost 15,000 from Hillsborough County. At the same time, the 1115 waiver was passed on Friday by a 6-4 vote of the legislative fiscal committee. This gives $130 million to New Hampshire over a five-year period to do some creative things in the health care area. The vote was close and some committee members were not ready to accept that our state has needs that must be addressed.

This puts the key issue of this legislative session to rest and sets the stage for two years from now, when the process must start all over again.

I held two public meetings to explain the bill – one in Goffstown and one in Manchester on April 13. Both will be replayed on local cable access television. If you are interested in the bill, you can get the details of the legislation by watching the TV show [or watch it now, below].

On another front, Andy Crews was named Citizen of the Year for Manchester – a good pick. He has done much for our city. What our city needs is more public citizens to fight the drug problem and to supply proper rehabilitation. It will take all of our efforts to get these issues under control. We must start now. 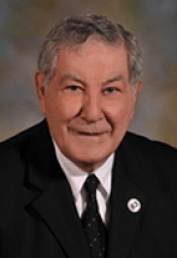 Sen. Lou D’Allesandro is from Manchester and has represented the people of District 20 for nine terms. For the 2015-2016 legislative session he is Vice Chairman of the Ways & Means Committee and sits on the Finance and Capital Budget Committees. You can reach Sen. D’Allensandro at dalas@leg.state.nh.us. He is a regular contributor to Manchester Ink Link with his NH Senate Report.