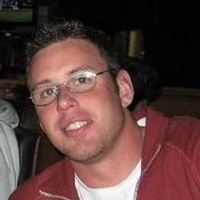 Born on May 24, 1984, he was the son of William K. Smillie and Carol Agurkis. He was raised in Manchester and attended local schools.

Scott graduated from Trinity High School, Class of 2002. He earned a bachelor of arts degree from Hesser College, with honors in 2012. He was working on his masters at SNHU.

Scott was an avid hockey player from the age of 6.  He continued his love for the game where he lettered all four years at Trinity High School.   Scott credits much of his successes to his coaches, his teammates, and his Dad “Pops,” who always encouraged him to “give it your all.”

Scott joined the United States Army in 2006 where he served in Operation Iraqi Freedom till 2007. After returning home, he spent several years in the Army National Guard. He was honorably discharged in 2012.  He was awarded the Good Conduct Medal, National Defense Service Medal, Global War on Terrorism Medal, and Iraq Campaign Medal.

He was employed at UTS Engineering.

Scott was known for his quick wit and good nature. He enjoyed reading, writing, and blogging. He especially loved spending time with family. Scott’s thirst for knowledge inspired him every day.  He will be remembered for his insightful and meaningful conversations with family and friends.

Scott was active with the Manchester Vet Center and the Combat Vets Unit for several years. He will be deeply missed by all who knew him.

Services: Calling hours are Feb. 14  from 10 to 11 a.m. at Connor-Healy Funeral Home and Cremation Center, 537 Union Street, Manchester.  A funeral service will follow at 11 a.m.