MANCHESTER, NH – In firefighting, things happen quickly.  But when Manchester Fire Captain Steve DesRuisseaux was hospitalized at Massachusetts General Hospital with third-degree burns, it was hard to imagine a speedy recovery.

“When you’re laying there, your mind’s thinking ‘how am I ever going to get the point where I can go back to work,’” recalls DesRuisseaux.  “It just seemed like such a far-fetched thought at that point, but I was determined to get to that point.”

DesRuisseaux was injured on November 6, 2021, while attempting a rescue on the third floor of a burning building.  He was flown to Boston, where he spent the next several weeks undergoing treatment and surgeries for the burns that covered 30-40 percent of his body.

True to his nature, “He worked hard in the hospital,” says his wife Colleen, “and because of the amount of movement he was having in working with his OTs and PTs, he surpassed what he would be doing at Spaulding (Rehabilitation Hospital) and could go right home and start OT/PT there.”

In early December, DesRuisseaux met with Amy Quinney, OT, CHT and the team at CMC’s Outpatient Rehabilitation.  Quinney, and her colleague Kim Shurtleff, OT, CHT, are both certified hand therapists.  “The big setback for firefighters in being able to work is the hand,” says DesRisseaux.  “They’re not able to get range of motion back, so then they’re not able to come back on the line and work as a firefighter again.  That was a real concern for me.”

For the next five months, DesRuisseaux worked with Quinney and Shurtleff on building strength and increasing the range of motion in his left hand and arm so that he could eventually return to the line of duty.  Many of their exercises mimicked the work that firefighters do on the job—pulling and lifting hoses, climbing ladders, and more.  Alongside his occupational therapy, DesRuisseaux also had a number of grafts and laser treatments in Boston to improve the condition of his skin.

“I kept having to remind myself, and Colleen kept having to remind me, that it’s OK to slow down. I had to come to terms with this extremely slow process, but the reassurances from Amy and Kim every week, saying that they saw progression, helped me mentally understand that I was getting better,” says DesRuisseaux.

“There is not a single patient who I have met who says, ‘I’m healing faster than I expected to,’ or, ‘this is going so much faster than I even wanted,’” says Quinney, smiling, who came recommended by Mass General.  “But Steve was always ahead of the game in terms of being willing and motivated and hard working.  And he had a family behind him, and the brotherhood of his firehouse and the whole department behind him—all the resources he needed.”

All of that support and hard work put DesRuisseaux back on the job at the end of June—a remarkable recovery for the extent of his injuries.

“Some people think I’m crazy,” he laughs, “but all I’ve ever known as an adult is firefighting.  I’m looking forward to [being back on the job]. A lot of emotions for sure but a lot of people to thank, too.”

For more information on the services available at CMC Outpatient Rehabilitation, call 603.641.6700 or visit catholicmedicalcenter.org. 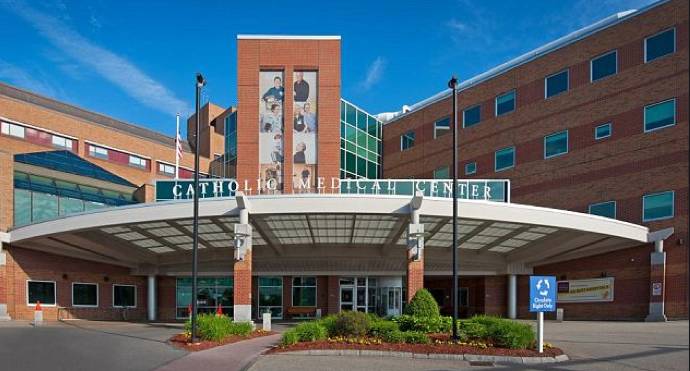 Catholic Medical Center (CMC), a member of GraniteOne Health, is a nonprofit acute-care hospital and regional health system based in Manchester, New Hampshire, with a commitment to delivering the highest quality and most advanced healthcare to patients across the state.