MANCHESTER, NH – School begins Sept. 4, and this year high school students can pocket some cash thanks to an agreement between Manchester Transit Authority and the city, which allows free bus service on scheduled MTA bus routes (note: this is for regular city buses, not school buses).

All students need to do is flash their student ID – they can catch a ride to and from school – or anywhere else they need to go, any time.

The initiative was announced during Mayor Joyce Craig’s February State of the City address, prompted by a question from a parent who wanted to know why high schoolers had to pay to ride a city bus to school. From that conversation, Craig worked with MTA Executive Director Mike Whitten to figure out what was possible and realized it was something the city could do.

It’s an initiative Craig says “not only removes barriers for students to attend school, but also to get to work or access services in parts of the city they weren’t able to easily travel to before.”

Questions or concerns about your student’s bus schedule or route should be directed to the Manchester School District. Here’s a link to the district’s transportation web page.

Here’s a link to the MTA website, and below are the bus routes for each of the high schools. 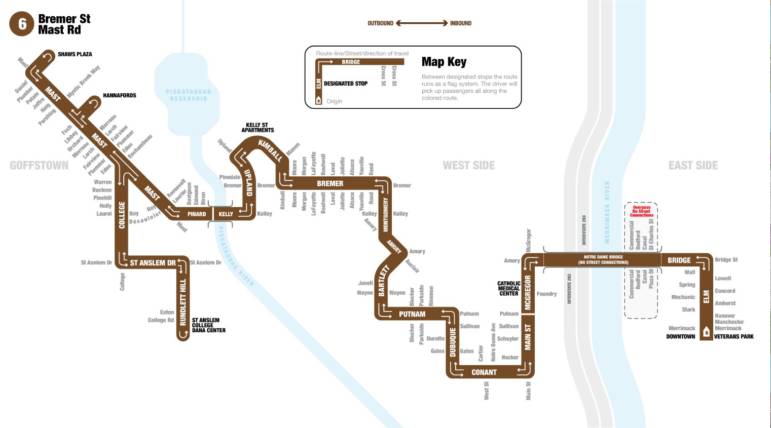