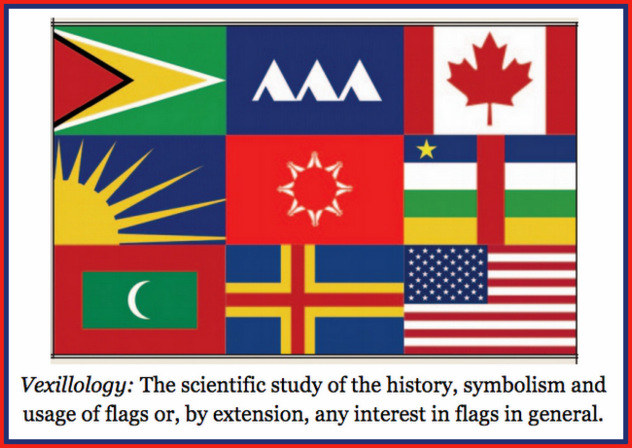 MANCHESTER, NH – The Greater Manchester Chamber of Commerce (GMCC) announced today that they have joined with three other Manchester-based organizations to sponsor a contest for the design of a new official flag for the City of Manchester. Information about the contest and how to submit a flag design can be found on the contest’s website at www.mhtflag.com

Joining the GMCC in sponsoring this citywide contest are the New Hampshire Institute of Art (NHIA), the Manchester Historic Association, and the Manchester Arts Commission. 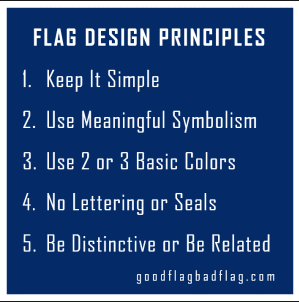 The Manchester flag contest is open to all.

Designs can be submitted via the contest’s website at www.mhtflag.com between now and the submission deadline of May 15, 2017 at 5 p.m. An independent panel of seven judges consisting of representatives from the city government, city schools, and the four sponsoring institutions will select three design finalists. City of Manchester residents will then select the winning flag via a non-binding referendum on the November election ballot.

“A new design for the Manchester city flag is a fantastic opportunity to encourage civic engagement while also positively marketing and branding our community,” said Michael Skelton, President and CEO of the GMCC. “The city flag also serves as a tool that shares a story about history and future of Manchester to those throughout the state of New Hampshire and beyond.”

“We’re proud to join with three other civic-minded institutions who, like us, recognize the value that a well-designed city flag can play in galvanizing support and fostering pride in a city,” said NHIA President Kent Devereaux. “For 119 years, the New Hampshire Institute of Art has been located at the center of Manchester, and today, as a college of art and design, we clearly understand the value of good design.”

Q: Is our fate sealed with the old flag? 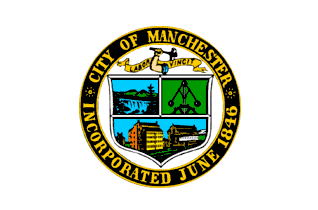 A: The City of Manchester does not have an “official” flag? The current City of Manchester flag is actually just our city seal on a white background. A true city flag should be much more than that. Designing a flag for Manchester is a great opportunity to represent our city with meaningful imagery that reflects our history and our future.

Above: Gallery of popular city flags from around the world. Hover for flag info.

When designing your submission, keep in mind some of the most iconic and striking flag designs in the world are the simplest, using stripes, stars, and other basic elements to represent and unify large groups of individuals.  A successful flag not only showcases the best of a political entity, but also does so in an aesthetically pleasing way.

Q: Why bother with a flag?

The adoption of a new flag could do the following in a cost-effective manner:

Entries will be narrowed down to three finalist by the judges listed below. The final three submissions will appear on the ballot at the November Election. A final selection will be voted on by the residents of the City of Manchester.

Please note: The Board of Mayor and Aldermen will review and confirm the final selection made by the judges.