Formella’s conclusion, prepared in response to a request by Gov. Chris Sununu, comes as Republicans in the State House have raised concerns about the need to supplement the state’s vaccine drive with federal support. Anti-vaccine protesters, citing misinformation and conspiracy theories about the pandemic, have also called for the state to reject the federal money, claiming — without evidence — that it will limit the state’s sovereignty and lead to dire consequences for New Hampshire residents.

In his memo, Formella rejects those claims.

“The United States Constitution places significant limitations on the federal government’s ability to utilize funding conditions to require the states to adhere to federal directives,” Formella wrote in his four-page memo. “There would be strong legal grounds to challenge any directive or guidance that created broadly sweeping new and different conditions, such as a vaccine mandate or quarantine provision.”

Sununu had asked Formella to analyze the terms of two federally-funded COVID-19 grants which would allow the state to hire 13 workers and help promote vaccination. The governor cheered Formella’s findings Friday.

“The Attorney General has been very clear in his determination that these contracts do not bind the New Hampshire state government to any sweeping federal mandates, ensuring our state’s sovereignty in how we manage the COVID pandemic,” Sununu said in a statement.

Sununu has called acceptance of the contracts critical, but they have stalled before the Republican-controlled Executive Council and the legislature’s Fiscal Committee in recent weeks.

At issue is language that asserts that grant recipients agree to “comply with existing and/or future directives and guidance from the Secretary regarding control of the spread of COVID-19” and “assist the United States Government in the implementation and enforcement of federal orders related to quarantine and isolation.”

Critics — including GOP lawmakers and councilors, as well as anti-vaccine activists — worry such language, which Sununu has dismissed as “boilerplate,” would tie New Hampshire to federal policy.

Republican lawmakers say the state Department of Health and Human Services has yet to provide them enough information on the contracts, and Republicans have filed multiple bills aimed at limiting the reach of federal COVID-19 policy.

“We have made it clear that vaccination mandates are not the path to successful vaccination rates and will only cause further division in this country,” Packard said last month when he announced the legislation.

The contracts have galvanized anti-vaccine activists, including those who forced cancellation of a meeting of the Executive Council last month. At that meeting, state health workers left under state police protection, fearing for their safety.

The battle over the contracts will likely be rejoined at the next meetings of the Fiscal Committee and Executive Council.

But the circumstances will be a bit different.

Rep. Ken Weyler, an outspoken critic of these contracts, lost his post as chairman of the Fiscal Committee this week after spreading conspiracy theories about COVID-19. Rep Karen Umberger will lead the committee when it next meets, October 26.

The meeting’s location hasn’t been announced, nor have any changes in format or public access designed to limit potential interruption by protestors. 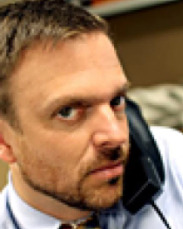