In the book of Corinthians, the apostle Paul wrote, “When I was a child, I spoke like a child, I understood like a child, I reasoned like a child: but when I became a man, I put away childish things.” This quote is speaking to me today, but not in a religious way.

Not too long ago, just because I feel like it’s a good thing to do, I signed up for a couple sessions of therapy. In my lifetime, whenever I’ve gone to therapy, even if I didn’t have a specific problem I wanted to hash out, I have always found it insightful and refreshing, albeit challenging.

I lucked out this time, and was assigned a therapist who specialized in mindfulness practice. While I knew about mindfulness academically, the way that this therapist asked questions, and then took my stories and framed them for greater understanding was a real eye opener. As a result of that therapeutic experience, I bought a really good book, which you may be interested in reading, called The Five Core Skills of Mindfulness.

The lesson from this book that has impacted me, and that appears to resonate with my students when I discuss it, has to do with how stupid you were when you were a child. Lol. Don’t take that as an insult. I was stupid, too. We all were, because none of us had a fully-functioning, fully-formed brain, and none of us had enough experience to be able to properly, accurately process all that was going on around us.

We’re basically just moving around life in a fog, without any context for understanding what is going on. When I grew up, my father’s mother lived with us for a time, and she was abusive toward me. This was, of course, terrible. However, I didn’t know that this was unusual! I guess I figured that everyone had someone who treated them the same. I guess that’s how people treat their children, I told myself.

I had a friend when I was young named Michael. His father was always walking around the neighborhood acting goofy. He was pretty funny, except when he wasn’t. Sometimes, instead of being goofy, he was belligerent. You had to know when to interact with him, and when to stay away. We didn’t realize he was an alcoholic. We just rolled with the punches. When he was funny, we would hang out with him and watch him act funny. When he was dangerous, we would stay away. That’s how he was. There was no reflection on our part. We never took any time to think about why Michael’s dad was the way he was. He just was that way, and there was nothing to do about it. 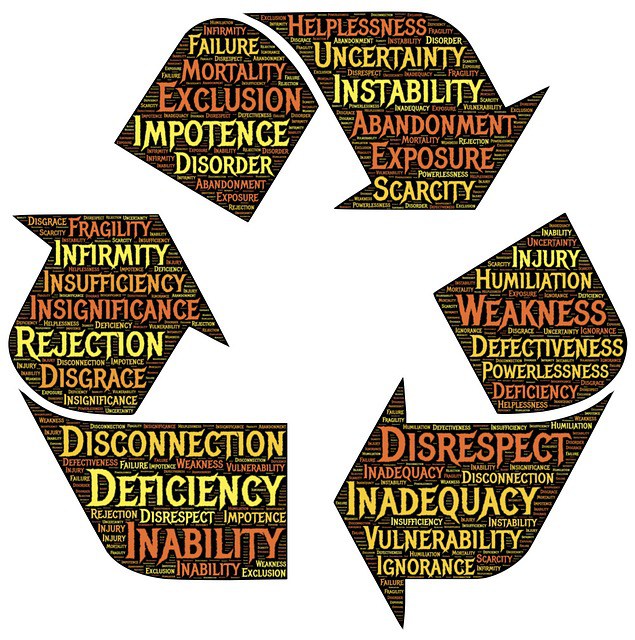 This is the same for all of us. If you grew up poor, chances are that, when you were young, you didn’t even know you were poor. This is how life was. This is how everyone ate, slept, interacted with their neighbors, decorated their apartments. If you grew up in a supportive household, with loving parents, you didn’t feel lucky when you were small. It never occurred to you that anyone else’s parents were any different than your own.

If you’re introspective, and thoughtful, it wasn’t until you were a teenager, or maybe a young adult, that you started to realize that your own upbringing was a unique set of experiences. Why? Well, because your brain had now developed to the point where it could think rationally. Also, you were independent enough to branch outside of your little cocoon, and meet different types of people from different types of places, who had different types of lives. If you went to college or university, you met people with different political perspectives, religious beliefs, economic backgrounds, and family skeletons.

By the time you started to notice that the way you grew up had its positives and its negatives, some of the messages that you heard during that time had already been internalized. Before you had the capacity to agree or disagree with some parent’s opinion about your intelligence (“You’re stupid. You’ll never amount to anything.”), or your grandfather’s opinion about your attractiveness (“How do you expect to ever get a man, looking like that?”), or a teacher’s evaluation of your athletic skill (“You’re so clumsy.”), those opinions seeped into your brain. Your brain, at young ages, is desperate to figure out the world. The messages you hear, especially the global ones about how you are dumb, or unattractive, or clumsy, can get processed as truth, and become part of your self-understanding. When you get older, you may find that those messages are still in there, leading you around by the nose.

Those messages ARE NOT TRUE! Those core negative beliefs that we all have about ourselves, that were entered into our consciousness back before we were able to reject them – just because they are blanket statements – are lies.

The practice of mindfulness is an attempt to identify the core negative beliefs that each of us holds, and then to reject them and challenge them. You are not the person those beliefs say you are. You are more than what you were told, or what you heard. It is time to “put away childish things.” How liberating!

⇒Catch up on all the Ask Dr. John archives here.