AS I GET OLDER, I find that my memories of specific birthdays have tended to morph into one foggy-but-pleasant bank of non-specific recollections.

All but one, that is.

I was busy preparing for this career. The Union Leader wasn’t hiring interns in those days – and if you had the chance to read my application letter to the late William Loeb, you’d know why he wisely declined to offer me a spot back then – but I was lucky enough to land a job down the road at the Lowell Sun.

I was about to begin the third year of a five-year journalism program at Northeastern University. Internships there are known as co-op jobs – co-op being shorthand for cooperative education – and since that summer was my second co-op stretch with the Sun, they were giving me some actual reporting responsibilities.

The editors were letting me work the police beat.

It’s probably the best way to get your feet wet in this line of work, so by late morning on my 20th birthday, I was pecking away at my Underwood typewriter – a manual typewriter, no less – so subscribers would know all about the petty thefts and assorted assaults that constituted crime in Lowell some 42 years ago.

Then the police scanner began to chatter.

I was only listening with one ear – typing took my fullest concentration back then – and the next thing I knew, a veteran police reporter named Nick Karagianis, who was my designated mentor, was grabbing my arm and hauling me out of my chair.

We had to wait for the elevator to reach the third floor newsroom – the Sun had a manually operated elevator complete with uniformed attendant back then – so by the time we jumped into a company car, I knew where we were going.

It was Logan Airport.

Someone heard that a plane had crashed.

That’s all we knew.
We flew down Interstate 93 – I stopped looking at the speedometer when I saw that Nick had topped 90 at one point – and we were through the tunnel inside a half hour.

A twin-engine Delta Air Lines DC-9 had crashed in the dense fog that shrouded Logan Airport. Flight No. 723 came in too low, undershot runway 4-R, clipped a sea wall and broke apart, spilling passengers and burning fuel along the lip of the runway.

In the fog, it went unnoticed for nine full minutes.

When we got to the airport, Nick and I split up. I wound up at a brown brick building about a mile from runway 4-R. Ordinarily, the building served as headquarters for the Logan Emergency Fire Department.

That day, it was a morgue.

Of the 90 souls aboard Flight 723, 88 of them lay on the floor of the building, their bodies wrapped in white sheets.

(One survivor was dead within the hour. The other, a 20-year-old Air Force sergeant from Marshfield, Vt., named Leopold Chouinard, would linger for six months before succumbing to his burns.)

Smoke and fog and an unsettling stench still filled the air around us, and even though it wasn’t anything we’d yet covered in journalism class, I figured that, when you’re confronted with a scene that is simply so other-worldly, the best thing to do was to focus on the work, so I tried to disassociate myself from what it was that I was seeing.

Minutes later, at a hastily assembled press conference, airport officials made it known to us that Flight 723 had come in from Grenier Field in Manchester.

Disassociation was no longer possible.

Yes, I was a reporter from the Lowell Sun, but, first and foremost, I was a 20-year-old kid from Manchester and all of a sudden, it was personal.

Without knowing it, I stood shoulder to shoulder with guys I would one day work alongside at The Union Leader and Sunday News – guys like Donn Tibbetts and Al Nettel – and as we scoured the list of casualties, I was being paid to look for names from Lowell, but seeing the names from New Hampshire is what broke my heart.

It was only the next day – with my first-ever front-page by-line gracing the pages of the Lowell Sun – that I discovered the true drama that had unfolded back here in New Hampshire.

The people who had gathered at Grenier Field that morning were expecting to take a direct flight to New York City at 7:05 a.m., but that direct flight, Delta 751, was canceled because of the heavy fog in Manchester.

In an effort to help the stranded travelers, Delta re-routed its Burlington-to-Boston flight, No. 723, to pick up 45 passengers in Manchester, with the hope that they could then make a connection to New York City out of Boston.

Rather than waiting for the flight to Boston, people like Sid Samuels – then president of Bi-Rite Merchandisers in Manchester – decided to drive to Boston.

The decision saved his life.

It also saved the lives of those who shared the ride, like Bill Case, Bill Wozmak and Harriet Jordan – who also worked for Bi-Rite – and Saul Greenspan , then president of Waumbec Mills.

The eight others who altered their fate by opting out of the connecting flight included Henry Tiffany from Weare, who was headmaster of the Allen-Stevenson School for Boys in Manhattan, but no one cheated fate more than Charles Mealy of Bedford.

Mealy actually boarded the ill-fated aircraft, but as the DC-9 sat on the tarmac at Grenier Field, the on-going problems with the fog resulted in longer and longer delays. After sitting on the runway for what seemed an eternity, he did some math in his head and, shortly after 10 a.m., he made a decision.

“I had an appointment at 2 p.m. in New York,” he told Donn Tibbetts. “When I boarded the plane, I still figured I could make it but when we taxied out on the runway at Manchester, they announced there would be a 45-minute delay.

“I just couldn’t see sitting in that plane for 45 minutes on the runway,” he added, “so I asked to be let off.”
They didn’t want to let him off.

“The stewardess said, ‘No, we can’t do that,’ but I told her, ‘You have to because I can’t sit here for 45 minutes. There’s no reason for it.’ She said I’d have to talk to the pilot, which I did, and he wasn’t too happy about it.

“He discussed it back and forth with the other two crew members in the cockpit and tried to apologize for the delay,” Mealy explained. “They might have thought I was angry. I explained that wasn’t the situation, but, since I couldn’t make my appointment, there was no reason to go on.”

“He told me to take my seat and he would taxi back to the terminal,” Mealy said. “I took a vacant seat in the first-class section and shortly after, the captain announced the return over the PA system.”

Mealy tried to remember the wording of the announcement.

“This is the captain speaking,” he said. “We are returning to the passenger terminal to allow a passenger to de-plane due to the delay. If there is anybody else who would like to de-plane, they should do so at this time.”

If only more people had done so.

Those who remained on the plane? The list included Chester Wiggin Jr. of Contoocook, who was a member of the Interstate Commerce Commission.

Assistant Attorney General Robert Moran and his wife Patricia – both from Manchester – stayed on board, as did Miriam Jackson, who was president of the Jackson, Jackson & Wagner public relations firm in Epping.

Repercussions were felt throughout the state.

The list of victims included a Nashua school teacher, Susan Boyle. There was a scoutmaster from Antrim, Wilbur Molin, who perished alongside his wife, Jean. Husband and wife Joseph and Margaret Fuller from Londonderry also died at one another’s side, as did sisters from North Conway, Linnell Kennett and Lourde Warren.

Norman Richards, a 43-year-old Korean War veteran from Bedford, left a wife and four children. George D’Arcy, an investment counselor in New York who summered in Bristol, was also 43. Roger MacArthur from Chester and Winston Carpentiere from Milford were traveling on business for the Nashua Corporation, while Sandra Watts from Nashua was flying to New York to chaperone children for the Open Air Program.

Judy Smith from Manchester, who had just recovered from a horrible automobile accident, was just 25 years old. Jeannette Crowley, 51, made her home in Allenstown but worked as a nurse at the Havenwood Nursing Home in Concord.

Ora Kapopoulos, who had come to Manchester from her birthplace in Greece, was 60, and Laszlo Hadik – a count in his native Hungary who was visiting his mother in Chester – was only 41, and at his side was his niece, 10-year-old Ilona deSchmertzing.

It’s been 42 years, but I can never forget the date.

And even after 42 years, I know that loved ones still mourn. 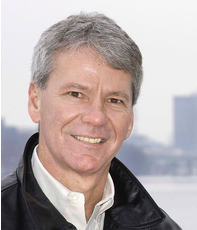