My search for reasons to rejoice is usually satisfied by relatively small finds. I offer gratitude that I do have an extra bottle of car window washer in the back of the Jeep. I celebrate because the new Bose speaker I bought for the Tiny White Box really does sound significantly better than my old speaker. I delight that a friend I haven’t seen in months shows up at a meeting, still sober and happy and full of piss and vinegar. Set the bar low enough and the universe is filled with stuff to exult over.

Today, though, my joy is legitimate, justified and makes me almost giddy. No, I didn’t watch the NBA All-Star game. I ignored President Trump’s tweets that seemed to imply that the absence of proof is proof of absence regarding the indictment of 13 Russians last Friday with no mention of the Trump campaign. I didn’t even go for a long walk in the fresh snow — I was driving south yesterday to visit with a friend in crisis. Instead, I rejoice at an outbreak of youthful idealism and activism, even if I’m not sure it will ultimately accomplish all its aims. Let me explain.

Forty-five years ago, I believed grassroots political organizing and street protests could change the world. Although I was just a kid during Vietnam, I saw hundreds of thousands marching in the streets to call for an end to the war. Ultimately, like all wars the war ended (although our perpetual involvement in Afghanistan may put the lie to that), and I believed the marches accomplished that. In retrospect, I suspect I was naïve, but at the time I had faith in direct action as a way to confront evil. As a high school student, I took part in marches, canvassed door to door for progressive political candidates (hello, Fred Harris, wherever you are) and saw political theater as revolutionary (and a way to meet and impress college girls). Again, the word naïve applies, but that idealism still burns within me, although now for radically moderate positions.

Over the weekend, out of the emotional devastation of tragedy, naïve idealism reared its beautiful head. As most everyone knows, last Wednesday, a lunatic 19-year-old shot up Marjory Stoneman Douglas High School in Parkland, FL, killing 17 students and staff. This was the tragedy, the kind of horror that usually leads to interviews with mothers and sisters of the victims, candlelit vigils and hand-wringing exclamations. Like a well-choreographed kabuki performance, the victims are remembered as saints, the families are cherished for the stiff upper lips and the incident slowly moves into the past like a sailboat disappearing into the fog. 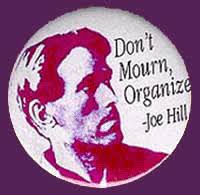 While the victims were remembered in roll calls and the families made funeral arrangements, some of the students at Marjory Stoneman Douglas High School decided now is not the time for just tears, although I’m sure those are still being shed.

Instead of dancing the dance we’ve always danced, these kids are calling for a different tune, a nationwide protest March 24 (https://www.marchforourlives.com/march) with a national focus in Washington, DC. What makes these protesters so exciting, though, is that so far they have not been co-opted by gun-control advocates or by Second Amendment absolutists. From the bits and pieces I’ve heard, their message to adults is, “Do something, Goddammit! If you see this a mental-health issue, then fight to fund mental health programs nationwide! If you see this as a law-enforcement issue, then fight to enable local and state police to be more proactive in stripping crazy folks of their weapons. If you see this as a gun-control issue, then fight for tighter background checks, a ban on bump stocks or tighter control of private sales.”

They are demanding the same thing Harry Truman called for: Try something, and if that doesn’t work then try something else. If lawmakers, and adults in general, don’t change anything, then nothing will change.