“Our second cohort of investments represent a mix of strong growth, healthy business models, and tenacious founders,” said Kyle York, CEO and co-founder, York IE. “The fact that these startups are headquartered all over the country shows that York IE’s vision to reshape how startups are built, scaled, and monetized is appealing to all types of entrepreneurs.”
Investment

The seven companies York IE ​announced in its first cohort​, including Thundra, Cyberhaven and Defendify, have continued to grow and scale. The six new startups, two of which have female founders, range across multiple industries from infrastructure to EdTech but are all strong business to business (B2B) subscription Software-as-a-Service (SaaS) companies.

“The York IE approach is totally different,” said Heather Margolis, founder and CEO, Spark Your Channel. “Within two months the York and Spark teams have rewritten our messaging, made changes to our go-to-market strategy, built a new pitch deck, reworked our financial model, and introduced me to additional potential investors. It has taken such a weight off my shoulders knowing I have a true partner in York IE.”
The York IE team also doubled its membership in its captive syndicate each at a minimum commitment of $100,000 per year with a five-year pledge, which gives the team more capital to invest in future cohorts. The syndicates operate with a zero management fee model for investors.

The firm announced that ​Tom Daly​, former co-founder of Dyn and former Senior Vice President, Infrastructure at Fastly, is now an investment partner and advisor, focusing on Internet infrastructure. Tom has been globally recognized as an expert on how the Internet works at scale, from the fiber in the ground to complex global distributed systems and the protocols in-between.

In June, York IE also launched its new services practice, which is intended to give startups access to integrated and affordable growth advising. The launch increased the firm’s ability to directly advise startups in three major areas – market and product strategy, business growth strategy and marketing and communication services. To help oversee these services York IE hired Vice President Katelyn Campbell who spent the past 10 years at tech PR firm PAN Communications in Boston building up an expertise in cloud, DevOps and cybersecurity. Clients include WEVO, IPInfo, and Datanomix.

“We really appreciate what Kate brings to the public relations, analyst relations and social media table for our marketing program,” said John Joseph, CEO, Datanomix. “Our team at York IE has a wealth of knowledge that enables us to set a plan and execute it efficiently and effectively.”

York IE also announced it has been building its own proprietary market data and analytics platform, which the firm calls “Fuel”. Starting with the most accurate and connected data, machine learning and analytics, and productizing York IE’s own nworkflows, the platform helps support the ever-growing needs of the firm’s investments and services clients. Today, Fuel consumes data from hundreds of sources, validates and summarizes for the York IE team. It serves as a base to quickly ingest and act upon for market analysis and competitive intelligence.

The York IE corporate brand continues to grow as well. Since December the firm’s social media followings have increased by nearly 100 percent and its blog was listed as a top 100 startup blog in the world by Feedspot.

York IE also recently announced the hiring of Tommy Vailas as Business Development Manager. Tommy was previously a business analyst at Fundera and Oracle. He is also the co-founder of the Morning Blitz. The firm has also hired five summer interns from a wide range of New England area schools. 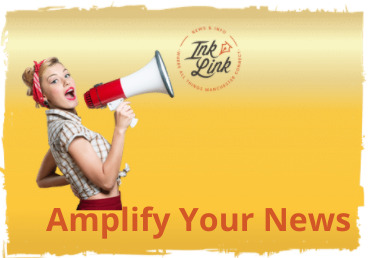