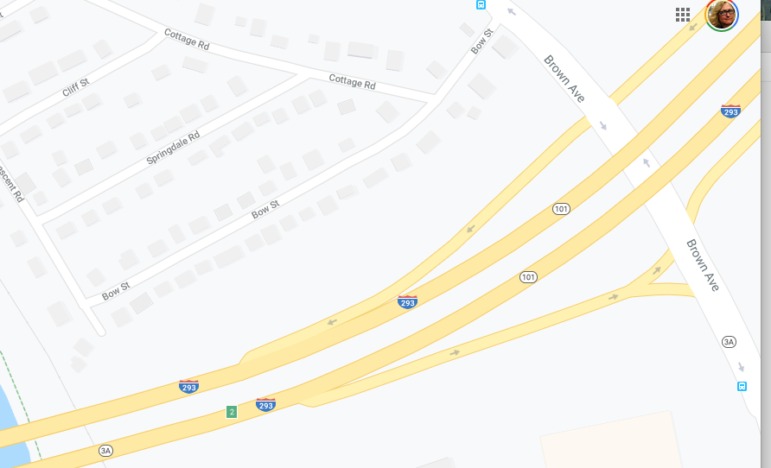 MANCHESTER, NH – Manchester Fire and Rescue responded to a single-vehicle accident with entrapment on Interstate 293 Monday.

At approximately 4:17 p.m. first-responders arrived at the scene located off the travel lane side of the highway, northbound.

The vehicle was resting on its roof about 50 feet from the roadway. The female driver was seat-belted in, which prevented potentially fatal injuries, according to incident commander District Chief Mike Gamache.

The woman was trapped inside the vehicle and her arm was protruding out of the broken sunroof with the weight of the vehicle pinning her arm to the ground. She was conscious and in much pain during the evaluation and extrication, Gamache said. Fire crews deployed the Jaws of Life and were able to free the woman’s arm and disentangle her from the vehicle within 10 minutes of their arrival.

She was taken to a local hospital with serious non-life-threatening injuries.