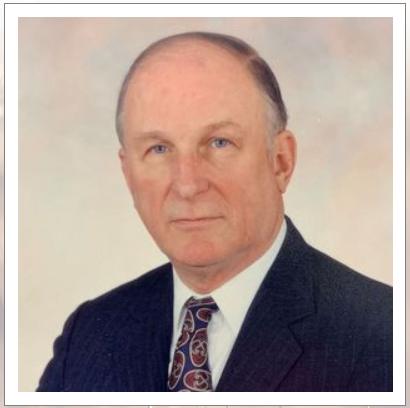 MANCHESTER NH – William Arthur Burns, 91, was lucid and alert just a few short days ago. He knew the end was near, accepted his fate calmly, and was in good humor. An eagerly consumed nip of Jim Beam helped! In the early hours of Saturday, April 16, 2022, Bill Burns muckied.

Bill preferred the term, “mucky,” a verb meaning to die. There is a unique language used by the people who help families as they deal with end-of-life matters. They speak of “transitioning” to the next phase of the journey, or of passing. Soft, comfortable words for grieving people. Mucky, properly spelled “make” and pronounced MAH-kay, was a Hawaiian term picked up by his father-in-law during his travels in the South Pacific in the 1920s. It was a way for Bill to interject a bit of humor in the family discussions about death. A man who enjoyed humor all his life, he stayed the course right to the very end.

RELATED STORY: ⇒ A tribute: William A. Burns, ‘The best principal I ever had,’ say those who knew and loved him

Born and raised in Hanover, Bill was the youngest of three children of Ethel and Ralph Burns. He grew up to marry his high school sweetheart and the love of his life, Susan Sperry. Glued at the hip throughout their lives together, they were the perfect couple. Raising children and dogs, attending Central High School basketball games, running an antiques business, traveling far and wide to auctions, summering in the Northeast Kingdom of Vermont in an old schoolhouse, they lived an idyllic life. Sue died last year after battling Alzheimer’s, and this was hardest on Bill. After 74 years as a couple, it’s comforting to think they are together again now and forever.

Bill and Sue raised two children, Margo and Stephen, both of whom attended Manchester Memorial High School, the good school. (Sorry Dad!) Margo lives in Manchester and is a third-generation educator. Steve lives in York, Maine, with his wife Deb, who have two adult children, Cas of Medford, Massachusetts, and Courtney and her boyfriend Brandon of Wellington, New Zealand.

Mr. Burns was the principal of Manchester High School Central from 1967 to 1993. He was a graduate of Dartmouth College (1953) and Tufts University (1956) with degrees in History and Education. Providing the highest quality public school education became his life’s calling. He taught and was principal at schools in the Northeast Kingdom in Vermont and on Cape Cod before taking on the challenge of Central.

Challenge? He transitioned from the tiny Derby Academy to a downtown city high school that, at one time, had two campuses, five buildings, and as many as 3,000 students. Culture shock defined! Throughout his career, Mr. Burns remained student-focused. How could he help? How could he encourage? How could he clear obstacles? How could he inspire? He had a clear vision about his role, and that everything needed to be student-focused. He never aspired to become a superintendent because it was a role too removed from the action, as he’d say. His career reached its zenith at Central High School, and he embraced this!

Later in life Bill became more open about his military service. He attended Dartmouth in the Navy ROTC and upon graduation received a commission in the United States Navy. He served two years of active duty late in the Korean War, and felt fortunate to have been assigned to duty in the Atlantic. He was the anti-submarine warfare officer aboard the destroyer escort USS J. Douglas Blackwood. After he left active service, he used benefits under the GI Bill to put himself through graduate school. He always downplayed his service, though it benefited him greatly. How he served in the Navy Reserve while living in Island Pond, Vermont remains a mystery to this day! After 9-11, Americans began to openly show appreciation of its veterans. It was at that time he took to wearing a baseball cap with his ship’s silhouette embroidered on it. He wore out three of these over the years.

Calling hours will be held on Friday, April 22, 2022, from 3 to 7 p.m. at Lambert Funeral Home, 1799 Elm Street, Manchester NH. Burial next to Sue at Pine Knoll Cemetery in Hanover, NH, will be a private family event the following day. In lieu of flowers, Bill would ask Seinfeld fans to donate to the Human Fund, but in all seriousness, he would want donations to the Central Pride Foundation, 207 Lowell St., Manchester, NH 03104.

In the end for us all, it comes down to living a good life to the best of our abilities, being kind and respectful to others, and hoping for the grace which Bill showed when he muckied.