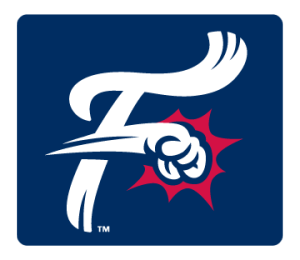 MANCHESTER, NH – The New Hampshire Fisher Cats began their first series before the Eastern League All-Star break, with a wild pitch proving pivotal in their 5-3 Independence Day loss to the Reading Fightin’ Phils.

New Hampshire’s three runs came early. A first pitch Connor Panas triple accounted for the first run, bringing around Jon Berti. The other two runs came during an attempted theft of second base by Harold Ramirez. The throw by Reading catcher Deivi Grullon missed its mark, allowing Panas, holding at third after the triple, to come home along with Ramirez.

Reading brought the game back within a run an inning later. Jan Hernandez’ single accounted for the first run, allowing Darick Hall to score, while Grullon made amends for his earlier mistake, taking a flyball out far enough for Zach Green to score.

The Fightins’ tied up the game in the seventh with another Grullon sacrifice fly, this time scoring Hernandez, but they’d have to wait until the eighth to take the lead.

There, Cornelius Randolph capitalized on a wild pitch from Dusty Issacs, with Green adding another RBI later in the inning to seal the victory.

Alexis Rivera picked up the win for Reading, allowing three hits in four innings of relief, while Edgar Garcia shut down the Cats in the eighth and ninth to pick up his sixth save of the year.

Jackson recorded four outs in his appearance, the last coming just before walking Randolph. A subsequent walk pushed Randolph to second and a passed ball let Randolph get to third just before his scamper home.

Rivera’s record climbs to 3-1 while Jackson falls to 2-2.

Both teams combined for just 11 hits, with Hernandez and Green each grabbing two for Reading. Green also contributed a fielding error in the eighth, one of four on the night for the Fightins’.

Tayler Saucedo makes his Fisher Cats debut in Thursday’s rematch, with Reading putting up Harold Arauz (5-4, 4.77 ERA). So far this season, Arauz is 0-1 with an ERA of 6.17 against the Fisher Cats.