MANCHESTER, NH – I have the same conversation with my husband every summer when we sit at the Ben and Jerry’s in downtown Manchester. I gaze across Elm Street and, in between bites of Americone Dream or Coffee Coffee Buzz Buzz, I ask, “What is up with that windowless building, and who put up that yellow facade?”

Others in Manchester share my opinion. When I mentioned to customers and employees of my favorite local coffee shop that I wanted to write about 941 Elm Street, I got an earful.

“Every building in Manchester seems to be out of place, yet our eyes are drawn to that one building with that ugly facade,” says Bea, a 24-year-old linguist in a multicolored kimono jacket.

The building left a poor first impression on barista and local artist Adrian Wallace, who moved to Manchester in 2012. “It just didn’t look good,” she says of the building, which at the time housed a bar called Spite. I bet it’s gorgeous underneath. I’m afraid now it’s lost to time.”

I am not the first person to wonder what was up with that building. In 2015, a blogger known as Manchester Proper pondered the same questions I have about 941 Elm St. Who is responsible for covering a historic building? What does it look like underneath? Is anything happening upstairs? What will it take to get the facade removed?

Through the city assessor’s office I tracked down the building’s owner, Henry Demers. He agreed to an interview and a tour of the building. Demers is not what I expected for a property owner and manager with a Las Vegas cell phone number. He is scruffy, dressed all in black. Even his hair is jet black. He’s what I imagine Robert Smith, leader for the post-punk rock band The Cure, looks like without makeup.

Demers is a gamer, and that’s how he bought the building. He played a lot of poker while serving three years in Iraq as a military intelligence specialist. The Goffstown native came back with enough winnings to fund the 2010 purchase. He hoped at first to tear down the facade and restore the building. But in the years since he’s struggled to find people to take on the project.

A few architects wanted $40,000 to draw up blueprints for the project, and they later upped their costs to $75,000. “It felt like some sort of scam,” Demers says.

Demers hands me his flashlight and leads the way up a narrow back stairway covered in debris. “The upper floors have been sealed off since the ‘70s,” he says. “It used to be a department store in the ‘50s, and then a bunch of random offices, like a dental office.”

I watch my step at the top of the second floor while Demers points to stacks of old photos or photo negatives from a photographer who used to work in the building. Down the hall we pass a dismembered midsection of an old mannequin and office door with the word “dentist” painted on the frosted glass. Demers shows me that the staircase leading up from the ground floor has been removed.

I follow Demers up a grander staircase to the third floor. Natural light pours in from one window on the alley side of the building. For a moment I can put down the flashlight. I ask Demers to pose for a photo with an old storefront sign for cigarettes and tobacco. Then he guides me through a hallway and points to the gray cover over the windows facing Elm Street. This is the inside of the yellow facade.

“The actual brick is in great shape,” he says. “It’s a shame the facade’s here because it could easily be restored. It just needs new windows. The masonry and the brick is in good shape. But then they did this, this whole wire mesh and concrete abomination.”

Demers thinks it will cost him at least $100,000 just to remove the facade, not including all the additional expenses to restore the building, which would cost at least $1 million. He would turn the building into apartments if he could. The third and fourth floors are each 1,500 square feet. Even amid the debris inside, anyone can admire the high ceilings and architectural details in the molding around the door frames.

“I have the money to get the project started,” he says. “No one gets back to me.”

When I ask Demers if he had ever approached the Manchester Historic Association for suggestions, he mentions the city had a program for historical restorations. Dean Kamen, owner of DEKA, received most of that money and the program ended. “All I am really looking for is a low-interest loan,” Demers says.

I know I am not the only person in Manchester who wants to see Demers restore his building. He is used to people asking the same questions that led me to track him down. The intent to renovate is there, but until the market changes and he can find workers, 941 Elm will remain that funny yellow building with no windows. 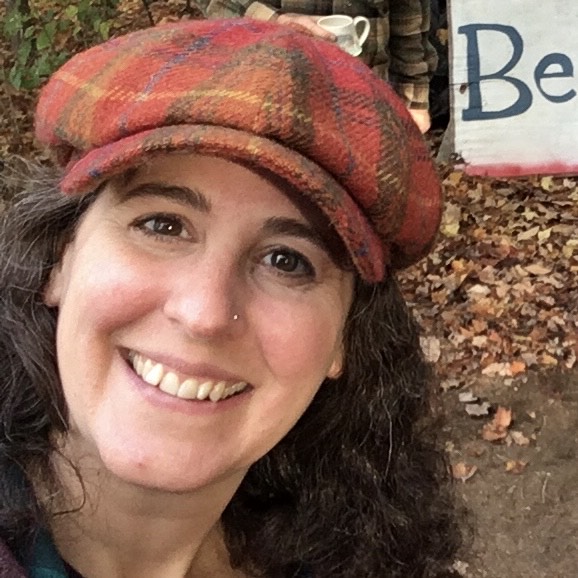 Elizabeth Ropp lives in Manchester with her husband Eric and their two cats. She practices Community Acupuncture, drinks a lot of coffee and tries to make a difference.