In 1955 — his only season as a 22-year-old running back and wide receiver for the San Francisco 49ers — Carroll Hardy ran and caught touchdown passes from Hall of Fame quarterback Y A Tittle. Three years later, after shifting his focus to baseball as a player with the Cleveland Indians, he hit his first major league home run — as a pinch-hitter for the future 2-Time MVP and now former single season HR record holder, Roger Maris.

Carroll Hardy, an unremarkable, journey man player, put eight years of service into Major League Baseball mostly as an outfielder and platoon player with Cleveland, Boston, Houston and Minnesota. Hardy had a career batting average of .225 and — aside from the trivial tidbits already mentioned — is also the answer to a much asked trivia question: Who is the only player to pinch hit for Hall of Famers Ted Williams and Carl Yastrzemski? (Hint: It’s Carroll Hardy.)

In September 1960, a week or so before Teddy Ballgame would famously cap off his great career hitting a HR in his last at bat, he fouled a pitch off his instep and had to limp out of the game. Hardy was tapped to finish the at bat and promptly hit into a double play. A year later, in Yastrzemski’s rookie year, Hardy got two hits in three pinch hit at-bats during the season, hitting for the man not yet widely known as Yaz.

Carroll Hardy, however, even going 3-for-5 in this admittedly small sample size, was a weak substitute for Williams, Yaz, The Rajah … or even as a sometimes target for Tittle. It stands roughly 12-feet away from my stove and eight-feet below my smoke detector and comes in handy if and when the random but ear piercing sound emits and I am forced to fan this LP frantically in an attempt to stop the noise. Often, three or four fanning motions, and the noise ceases. Sometimes though, it takes more of an orchestrated effort involving opening windows, the door and a few more fanning motions of the LP.

My appreciation for Paul Simon’s music has ebbed and flowed with the times. I really liked his work with that Arthur fellow. Also enjoyed his many appearances in the early days of Saturday Night Live, including a sincerely deadpan delivery of his hit Still Crazy After All These Years — while dressed in a turkey costume. My heart is also thankful for his CD Graceland. But what has he done for me lately? Well, this fan often fans a copy of his 43-year-old LP when my smoke detector makes its deafening noise.

I’m thankfully still alive to cook another day but I’d also like to find balance between the joy of cooking and the joy of not irritating neighbors. Having to fan Simon’s LP is a weak substitute for a simple off switch for the smoke detector.

(Note to self: Investigate reasons why 1.) food often gets hot when cooked; 2.) said food will sometimes smoke; 3.) heat and smoke rise; 4.) smoke alarms have hair triggers; and 5.) smoke detectors are generally placed 12 feet or less from ovens and stoves which generally create smoke.)

I realized about 20 years ago how much sugar is portioned into our foods and drinks and slowly started weaning myself off Coke and other sugar-fied soda. This led to my affection to diet soda: Diet Coke, Diet Dr Pepper, Diet Root Beer and the like. Weak substitutes at first but I quickly assimilated and my taste buds preferred the new alternatives. Diet sodas — and their artificial sweetener — became a newer and at times stronger addiction for me.

I was happier in some ways as the less sugar in my life (highlighted by my post lunch “dessert” of a bag of Peanut M&Ms) almost instantly took away my needs for a 2 o’clock nap time. I still find it interesting how so many look at sugar as a quick pick me up but rarely look to sugar as the culprit when one comes crashing down.

When I was much younger, my sweet tooth was an obvious crutch. I liked my Twix Bars and my Reece’s Cups and my Kit Kats and my Peanut M&Ms, ad infinitum. I could probably add many more infinitums to the list.

(Note to self: Investigate marketability regarding the name “Ad Infinitum” as a candy bar.)

I still have my occasional candy bar, but I try to space them out. And, even though I do love a bargain, I refrain as much as I can from buying a multi-pack from Sam’s Club. I admittedly succumb from time to time but I am quickly reminded as to why I rarely succumb. Like clockwork, that quick and tasty pick-me-up becomes a quick and dreaded throw-me-down.

Because of this, I rarely add any sugar to my diet. When I shop, I note what foods have an overload of sugar by watching out for and trying to limit my carbohydrates. Many people feel that an artificial sweetener is a weak substitute for sugar. In many cases, I believe they are correct. Especially when some studies lead to conclusions that the artificial sweetener leads to other health difficulties. This has been somewhat disheartening to me.

I only add sweetener to my coffee and right now, what I prefer is Stevia extract, which is natural, so I hear. But that may only be the case until someone somewhere notes I’ve been adding the equivalent of arsenic to my coffee. Arsenic, natural though it may be, is bereft of required nutrients, so I’m told. Seems like that is often the case. We think we’re on the right track, limiting something that is potentially bad for us, only to find out that the cure is worse than the disease. Or, at the very least, just leads to another disease.

Hopefully that new and improved disease is a weak substitute. 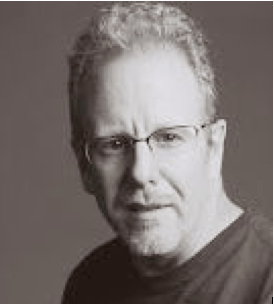