MANCHESTER, NH – Below is the formal press release sent out in advance of a brief news conference Tuesday outside the gutted apartment building where a young family perished Monday morning.

Fire Marshal Bill Degnan emphasized that the community is not in danger, and that the investigation is ongoing, meaning no official cause has been determined. Autopsy results indicate the four deceased — a mother, father and two children — was smoke inhalation.

Fire Chief Dan Goonan  said there were working fire alarms in the building, which had passed inspection earlier this year. He could not say whether every unit had a working alarm, but some of the alarms were still sounding more than 24-hours later. Goonan also released a timeline of events, from response to clearing the scene, pictured below: 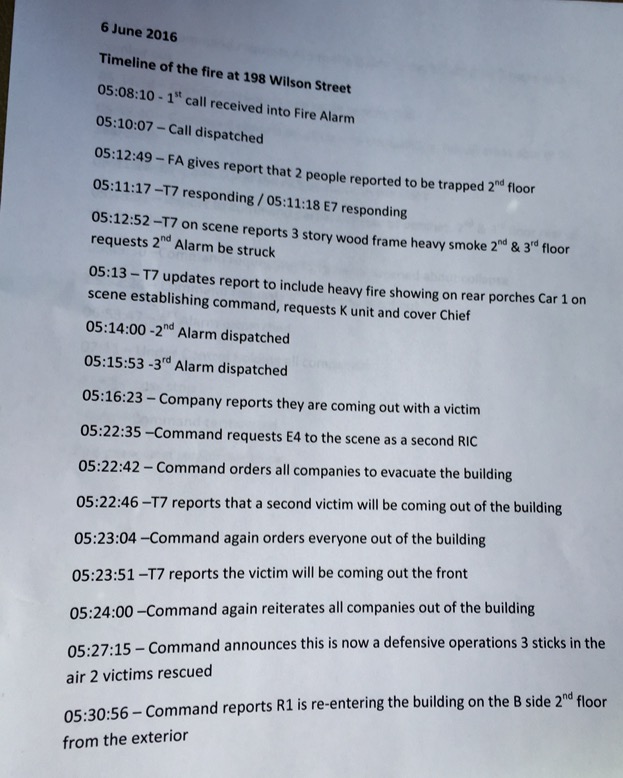 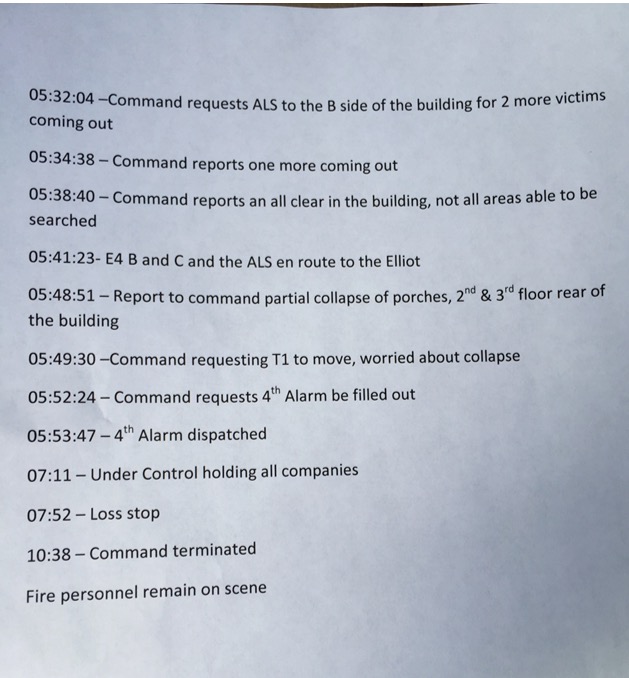 As a result of autopsies conducted today by the New Hampshire Office of the Chief Medical Examiner, all four fire victims have been positively identified and their cause of death determined.

The deceased victims are identified as follows:

The Medical Examiner’s Office has classified the cause of all deaths as smoke inhalation and the manner of death is pending routine laboratory analysis.

The joint investigation into all the facts and circumstances surrounding the origin and cause of the fire continues. State Fire Marshal Degnan said, “Investigators from federal, state, and local agencies continue to collaborate and work as one cohesive unit to ensure that all aspects of this tragedy are thoroughly and completely investigated”.

At this point in the investigation, there is no evidence to support an ongoing public safety concern.

Any further inquiries regarding this release can be directed to the NH State Fire Marshal’s Office – Bureau of Investigations, Deputy State Fire Marshal Keith Rodenhiser or District Chief Danielle Cole at 603-223-4289 or the Manchester Fire Department – Fire Prevention Bureau at 603-669-2256.