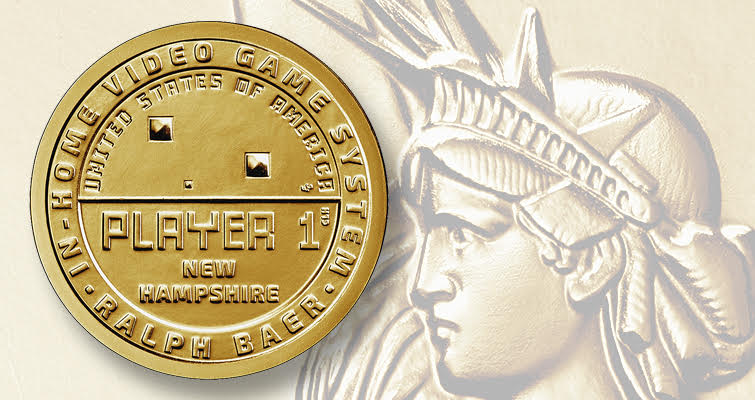 MANCHESTER, NH – The U.S. Mint announced designs for the 2021 American Innovation $1 coins, and among them will be a coin paying tribute to Ralph Baer as creator of the first in-home video game console.

“Of course, Ralph’s family and friends are thrilled about the coin. Still, we can all reflect upon this coin and be proud of it for a number of reasons. First of all, it honors a man and a history whose roots in New Hampshire run deep,” said Mark Baer, one of Ralph Baer’s sons.

“Second, it helps to celebrate New Hampshire’s long history of creativity and technological innovation. Perhaps of most importance, it honors a story wherein an individual, Ralph H. Baer, made a great and positive difference in our lives and that that would not have happened without the time, place and opportunity that his life in America presented. It is good to keep that in mind, particularly in these divisive times; to be sure, we have a lot to be thankful for and a lot to celebrate,” Baer said.

In addition to New Hampshire, other states represented by the 2021 American Innovation dollars include Virginia, New York and North Carolina.

Bags and rolls of the first of four 2021 American Innovation dollars struck in circulation quality are scheduled to be offered for sale on June 8.

On behalf of his family, Mark Baer extended thanks to those who helped in realizing this honor for his late father.

“I would also like to thank all those who supported this and related efforts both in and out of New Hampshire. The Governor’s office and the Manchester Mayor’s office comes to mind in this regard as well as NH’s Congressional delegation and the Manchester Historical Society. If nothing else, this shows that in making effort together and united we are better than standing alone,” Baer said.