MANCHESTER, NH — City fire crews were dispatched to two fire calls within about 15 minutes on Monday in the midst of a morning ice storm.

The first call came in at 9:13 a.m. for a chimney fire at 218 North St. Five engines and two ladder trucks responded, and the fire was deemed “under control” by 9:33 a.m.

According to a report by District Chief Hank Martineau, companies arrived to the 2-½ story single-family home to find smoke in the basement.  Upon investigation, they found an active chimney fire. The fire was contained to the chimney and there was no extension to the structure. The wood stove was cleaned out as well as the cleanout for the chimney. The owner was notified to not use the wood stove until the chimney was repaired and inspected. 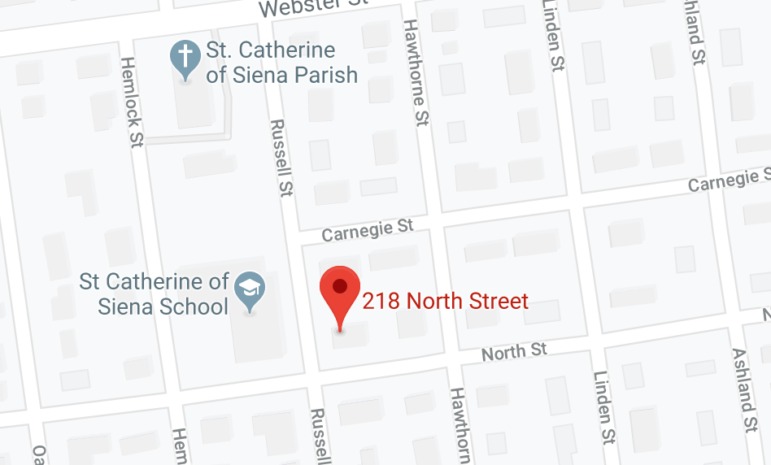 At 9:30 a.m. crews were dispatched to 99 Manchester St., the former Serenity Place which is currently under construction, for smoke in the building. This fire was deemed under control by 9:51 a.m.

District Chief Michael Gamache said first arriving units encountered smoke inside the building on all floors. The construction crews had self-evacuated before firefighters arrived.  After several minutes of searching for the source, fire crews discovered a bathroom on the first floor on fire. Crews rapidly extinguished the fire and opened up the adjacent ceilings and walls to check for fire extension. Companies evacuated smoke from all three floors.

Because the building is under construction this presented a challenge as there are holes in the floors and ceilings which can be dangerous under smoky conditions. In addition, fire crews from the center city were tied up at the North Street fire when the report of the Manchester Street fire came in. This meant that there was a delay in companies arriving at this scene. Crews from Somerville Street and South Willow Street stations were first to arrive.

The cause of the fire was determined to be a malfunctioning bathroom fan. Damage was estimated at $1,500.

No injuries were reported in either fire.