Twitch? What is Twitch? The most popular website/app on the planet for eSports and video gaming entertainment.Originally Justin.TV, Twitch.TV is now the No. 1 powerhouse for watching video games. YouTube tried doing what Twitch does but falls way behind. Twitch also has a chat bar that allows you to connect with broadcasters via Twitch Chat. Video games have been played for years and years, yet parents of gamers past would continually tell children not to play video games, thinking it is a time sink. Well, welcome to the future! In 2018 you can make a small piece of change from Twitch as a hobby or make a career out of it, hit it big and rake in some big bucks.

Twitch has helped turn gaming into big spectating events that rivals the excitement of playing the game yourself! Video Gaming is such a money maker in 2018 that networks such as ESPN will sponsor tournaments and even have events live on channel 49! (I say channel 49 for us Comcast users, LOL.) With millions and million of views, it’s no wonder Twitch was acquired by Amazon in August 2014. All of those eyeballs means big bucks for web companies. The top game at the moment is Fortnite for PC and there are ZERO signs of it slowing down!Twitch specializes in LIVE video feeds of people playing their favorite games. Anyone can set up a Twitch channel for free and LIVE broadcast to the Internet. Picture your typical average Joe/Jill blasting away in League of Legends, a popular MOBA (Multiplayer Online Battle Arena) game, he/she is doing it for fun, to connect with his/her chat room and hang out. By streaming as a hobby part time he/she can obtain the Twitch Affiliate status and be able to accept donations and paid subscriptions.

At any time a streamer can decide to make a push to the next level up, called Twitch Partnership. More hours on Twitch are needed. If you LIVE stream more and by having more of a consistent schedule, one can obtain the status of Twitch Partnership! Same perks as Affiliate but there are more opportunities open to you once the ultimate status of Partnership is attained. It’s like being paid by a company SEPARATE from Twitch to promote a product, just like your favorite celebrity does!This level of streaming is where the big bucks come in: Picture this partnered streamer coming online every night at the same time, providing professional level eSport play and personality. This is where people make careers “playing video games” as you may have heard on FOX/CNN or your local news. For example, Ninja & Drake played Fortnite in front of 600,000 CONCURRENT VIEWERS LIVE! And Drake donated $5,000 for the victory which Ninja pulled off! Ninja is the top streamer on Twitch, and reportedly makes $500,000 a month on subscriptions … (not including endorsements! )

The annual TwitchCon drew more than 50,000 attendees in 2017, and will likely be an even bigger crowd for the 2018 convention, set for Oct. 26-28 in San Jose, CA.That’s because it’s not all just fun and gaming. Twitch.TV is the future of entrepreneurial broadcasting.

Full disclosure: I know how much goes on at Twitch as I’m an affiliate, and will be writing more articles about specific aspects of Twitch.TV. So, that means my next story could be about the Twitch cooking category. Yes, you can live stream a cooking show right from your kitchen! Or the Twitch IRL category, where people travel to different countries JUST to live stream and share the experience. Or the Twitch ALWAYS ON! Category, where they play classic movies and TV shows from the past! My favorite is Twitch PLAYS!, where you type in a combination of letters in said chat room and YOU CONTROL THE CHARACTER! Can you imagine typing in the letter ‘B’ or ‘A’ and by doing that the game is controlled through you?! Man, I have stories upon stories for you guys, so if you’re intrigued by Twitch.TV, it’s going to be a great summer! Look for a  break down here on the Ink Link as I pull back the curtain on Twitch.TV, one section at at time. Who knows: There may even be an InkLink Twitch channel on the rise, so stay tuned!If you’re interested in what I’m doing on Twitch.TV, find me LIVE streaming Hearthstone or my various Talk Shows on my Twitch channel at: twitch.TV/MLstreams. 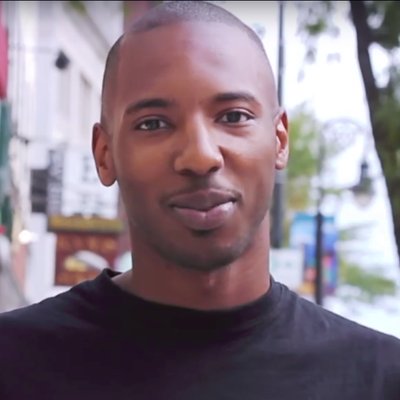 Mike Lowe is a technophile, avid gamer and devoted dad of two kids, who lives in Manchester.