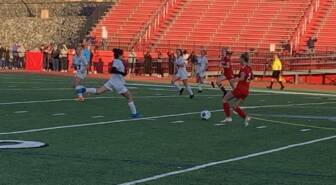 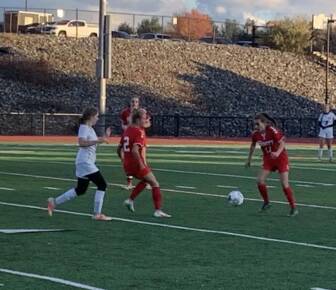 Third-seeded St. Thomas Aquinas erupted for three goals in the first half and cruised to a stunning 5-1 win over 2nd-seeded and previously unbeaten Trinity, in the Division III State Semifinals, Wednesday afternoon at Cabot-McDonough Field.

Madeline Karsonovich and Ella Pottle, who have combined for more than 40 goals this season, scored twice each each to lead the Saints. STA (17-2-0) will take on No. 1 seed and three-time defending Hopkinton (19-0-0) for the D-III State Championship, Sunday afternoon.

Wednesday’s semifinal showdown was dramatically different, both in flow and result, from the regular season game between Trinity and STA, back on Sept. 8, won by the Pioneers, 3-1. The Saints were a young team, missing a pair of starting midfielders and still trying to discover their identity. 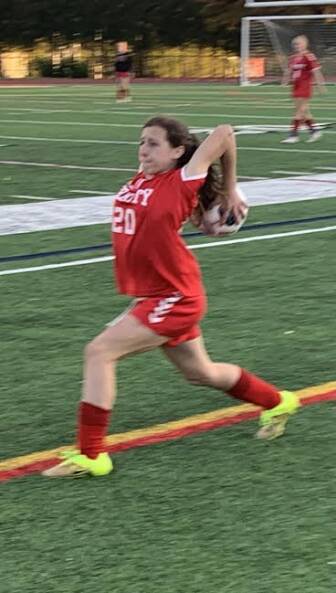 What Trinity encountered Wednesday was a confident, healthy STA club riding a 10-game win streak and had allowed just three goals since falling to Hopkinton, 4-0, on Sept. 25.

“They buttoned up their back line. They moved probably one of their best offensive players (Amanda Behre) into the back. It really solidified the defense,” said Trinity Coach Mike Martinez. “We weren’t able to get ‘through balls’, We weren’t able to generate a lot of things. Plus, they changed up formationally. It took us a little while to figure it out.” 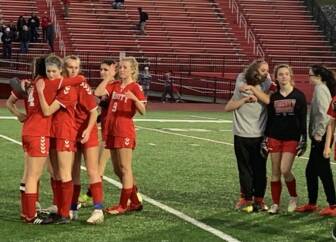 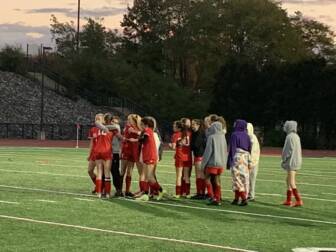 And while Trinity was trying to figure things out offensively, the Saints had no such problem. Karsonovich, a sophomore striker, scored on a headder from Elizabeth Flynn and Pottle, a junior midfielder added her first of the game, to give the Saints a 2-0 lead while many fans were still trying to find their seats.

St. Thomas Aquinas carried play for the entire half, holding an edge in corners (5-1) and shots on goal (8-2).

Emma Lane added a goal later in the half and Trinity, a team that had allowed just six goals ALL SEASON, found itself down 3-0 at intermission and searching for answers.

“Not that we were flat, but we weren’t able to match their intensity for the first 10 minutes,”
“To spot a team like that two goals is a tough hole to dig yourself out of. Being down, we were a little rushed and really didn’t play the possession game we normally do.”

Things didn’t improve in the second half. The Trinity defense, which had shut down so many strikers in its first 18 games, had no answer for the tall, strong and ambidextrous Karsonovich. In the 51st minute, she fielded a pass from Flynn at the top of the box, pivoted and drew the ball to her left foot to give herself a clean look. Karsonovich then drilled an unsavable shot into the upper left corner of the net to give the Saints a 4-0 lead.

Three minutes later, it was Pottle striking again, this time through a screen from 35 yards, with her 20th goal of the year to make it 5-0 and drain any hope the Pioneers had for a comeback.

Despite the score, Trinity continued to play hard and boke the shutout in the 69th minute. Set up by passing from Katie Mulcahy and Devan Booth, DePetrillo muscled through the defense, broke in cleanly and beat keeper Abbie Raydar to the left corner to account for the final score. 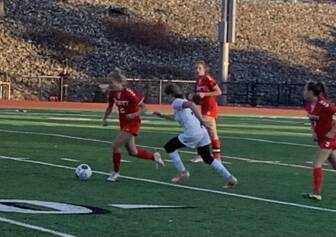