STAND UP. SPEAK UP. IT’S YOUR TURN!

Jenifer Horn, the NH GOP Chair, cited the false and misleading video as justification for defunding an organization that provides many low-income families with much needed healthcare services. Horn wants the Governor to investigate the potential illegal activities by Planned Parenthood.

Horn: “This isn’t a matter of being pro-choice or pro-life. It’s about ensuring that public dollars are not being given to a company that may be engaged in criminal activity.”

What a bunch of hogwash! This is just another example of the evangelical right pushing their anti-abortion agenda on the rest of us!

First, Planned Parenthood does not use tax money for any abortions services, it is already against the law. Second, fetal tissue is donated, not sold, for life-saving research that could lead to the end of diabetes, muscular dystrophy, parkinson’s, polio, and countless other chronic diseases. Third, and most importantly, fetal tissue donation does not occur in New Hampshire at all!

These baseless attacks on women’s reproductive rights are just another attempt by the GOP to roll back women’s right to choose.

Governor Maggie Hassan responded to the outrageous demands from the NH GOP in her statement saying, “It is clear that today’s vote is the result of an ideological and political attack against Planned Parenthood and a woman’s right to make her own healthcare decisions, as there have been no allegations or evidence that Planned Parenthood of Northern New England has done anything but follow New Hampshire law and help thousands of women and families access health care.”

And Jennifer Frizzell, Planned Parenthood New Hampshire Action Fund, said, “Today the Executive Council put politics before people when they rejected Planned Parenthood of Northern New England’s family planning contracts. It’s shameful that three Republican Executive Councilors would perpetuate erroneous, politically-motivated national attacks at the expense of the healthcare needs of their constituents. The vote comes after a relentless, coordinated smear campaign by anti-abortion extremists to dismantle, by any means necessary, Planned Parenthood and the lifesaving services we provide.

“Today’s decision will have a direct impact on New Hampshire women and their families. Without these funds, PPNNE will be forced to cut direct program costs, which could mean shortening health center hours, eliminating staff positions, and reducing patient access to affordable care,” Frizzell said.

The New Hampshire Democratic Party Communications Director Lizzy Price blasted Executive Councilor Chris Sununu for risking the health of the women in his own district for political gains.

“By voting to attack women’s health, Chris Sununu proved that he is more concerned with his own political interests and trying to win a primary for higher office than he is with the health and economic wellbeing of New Hampshire women and families,” said Price.

Though Councilors Pappas and Van Ostern were on the losing side of the vote today both men will continue to fight and ensure that women have access to the healthcare services that Planned Parenthood provides.

“Today’s vote is a giant step backward for thousands of women and men who access critical health services through Planned Parenthood clinics,” said Executive Councilor Chris Pappas. “It’s a travesty that deceptive political attacks got in the way of life-saving health care. I am disappointed with the Council’s vote, but I remain committed to ensuring better access to family planning services across New Hampshire. Whether it takes months or years, we need to work to restore these funds because they improve the health and economic security of Granite Staters.”

“Today three men restricted nearly 13,000 women and families’ access to basic preventive health care in New Hampshire,” said Executive Councilor Colin Van Ostern. “ No excuse can mask the extreme ideology and partisan politics that is now standing between women and their medical professionals in New Hampshire, and I will not rest until funding for this basic, noncontroversial care like birth control and cancer screenings is restored.”

“We are grateful to Councilors Colin Van Ostern and Chris Pappas for standing up for women’s access to reproductive healthcare,” Frizzell added.

Women deserve better representatives in the Executive Council than David Wheeler, Joseph Kenney, and Chris Sununu, who are pushing their partisan ideological views over the health and well being of thousands of Granite Staters.

Want to get up on your Soapbox? Opinion-driven articles are always welcome. Send submissions for consideration to Carol Robidoux at robidouxnews@gmail.com.

Matthew Murray is founder of the NH Labor News. He is a union member and advocate for labor. He also works with other unions and members to help spread our message, and oversees the NH Labor News Facebook page. Follow @NHLabor_News on Twitter. 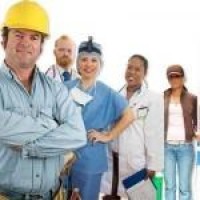